On December 26 1973, Long Boreth formed a government as Prime Minister of the Khmer Republic. He would be the last Republican to hold the position, and would later be among the first to be executed by the Khmer Rouge in 1975. Known as an honest and diplomatic statesman, he tried, unsuccessfully, to broker a series of peace deals with Sihanouk and the communists. He was the first of two Cambodian leaders to die in office.

On December 26, 1984, the second Cambodian leader to die in office Chan Si (also spelled Sy), chairman of the People’s Republic of Kampuchea (PRK) Council of Ministers, passed away from an illness in Moscow.

On December 26, 1954, US Ambassador McClintock stated that in reference to Cambodia, the French were making every effort in the military field to maintain control of doctrinal guidance and would attempt to keep a French training mission in Cambodia even though the U.S. assumed direct support of the Cambodia Army.

On December 27, 1875, Sisowath Monivong was born.  King of Cambodia from 9 August 1927 until his death in 1941. Hewas the grandson of the poet-king Ang Duong, grandfather of Norodom Sihanouk and the great-grandfather of the current king, Norodom Sihamoni. His full regnal title and style was ព្រះបាទសម្តេចព្រះសិរីមុនីវរ្ម័នក្រុមហ្លួងចៅចក្របាងស្ស ស៊ីសុវត្ថិ មុនីវង្ស នៃព្រះរាជាណចក្រកម្ពុជា (Preah Bat Samdach Preah Serei Monivarman Krom Luang Chao Chakarbangsa Sisowath Monivong Nai Preah Reacheanachak Kampuchea) which can be literally translated from Khmerized Sanskrit as “His majesty, glorious lord scholar-protector; His highness, lord of land and sea, Sisowath Monivong of the Kingdom of Kampuchea”.

On December 29, 1967, an interview with Prince Sihanouk by Stanley Karnow was published in the Washington Post, which hinted at the possibility of allowing limited US strikes against North Vietnamese positions inside Cambodia.

On December 29, 1998, Cambodia’s 30-year war ended when surviving Khmer Rouge leaders Nuon Chea and Khieu Samphan formally surrendered to Prime Minister Hun Sen at his compound on the outskirts of Phnom Penh. 20 years later on the same day the ‘Win-Win’ memorial was inaugurated.

On December 29, 2013, as many as 100,000 Cambodians – garment workers, teachers, farmers and students– marched through the streets of the capital in anti-government protests. Their grievances included land rights, union demands for minimum wage increases and the results of the 2013 election.

On December 31,1954, Ambassador McClintock stated that aid should not be provided to Cambodian Armed Forces until written assurances, in accordance with U.S. desires, were obtained from the Cambodians.

On December 31, 1977, Democratic Kampuchea broke off relations with the Socialist Republic of Vietnam.

On December 31, 1984, Hun Sen became acting Chairman of the Council of Ministers (equal rank to Prime Minister) following the death of Chan Si. He was officially given the full position on 14 January 1985.

On January 1, 1975, The National United Front of Cambodia (an alliance of Sihanoukists and communist factions- by then dominated by the Pol Pot/Ta Mok faction) launched a military offensive against Khmer Republic government troops. A few months later Phnom Penh would fall.

On January 1, 1982, The United Nations Border Relief Operation (UNBRO) came into existence to provide and coordinate humanitarian assistance to Cambodian displaced persons along the Thai-Cambodian border.

On January 1, 1997, Documentation Center Cambodia (DC-Cam) became an independent Cambodian research institute after the initial US State Department grant to the Cambodian Genocide Program (CGP) expired at the end of 1996. Since that time, it has continued its extensive research and documentation activities. 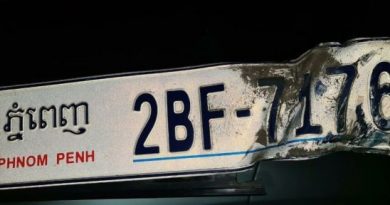 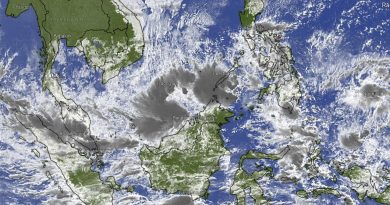 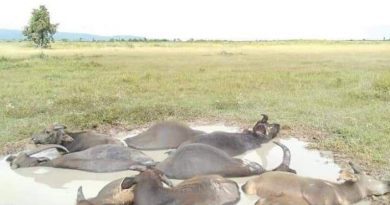