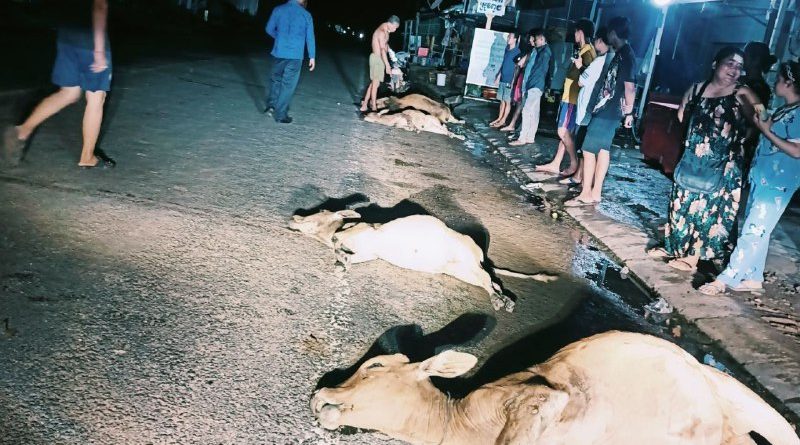 Svay Rieng Province: At least 5 out of 7 cows died on National Road 314D, causing a surprise to the people and the authorities.

Police said that prior to the incident, an unidentified vehicle was traveling from south to north, at high speeds . At the scene, it hit 7 cows that were sleeping on the national road, causing 5 cows to die immediately on the spot. 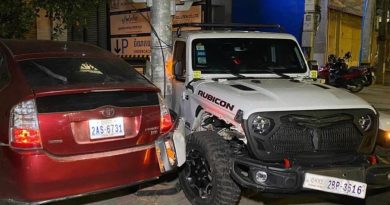 Prius Damaged After Crossing The Rubicon 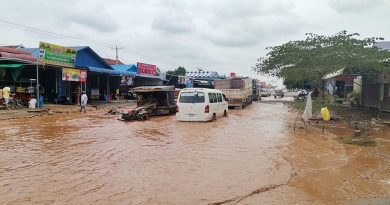 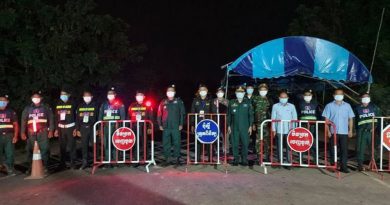