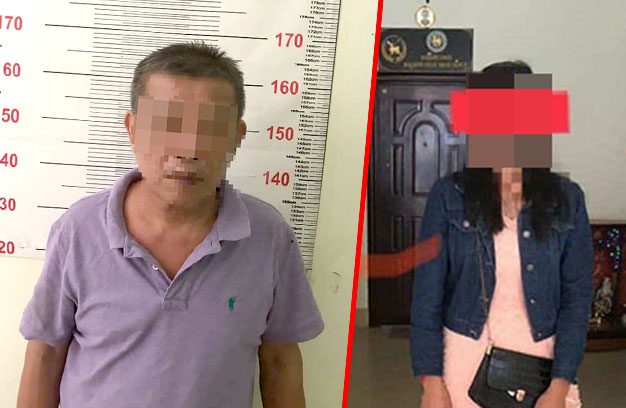 Phnom Penh: A man hid a camera to record a series of sexual activities without the woman realizing it, and after the couple parted ways, the woman went on to marry a new man. The ex-boyfriend became angry and sent pictures and videos of their sexual encounters to the groom. The woman then went to file a complaint to arrest her ex-boyfriend and bring him to justice.

The suspect was arrested on the afternoon of March 12, 2022 at a car repair garage on Concrete Road 1003 in Oknha Veang Village, Sangkat Phnom Penh Thmey, Khan Sen Sok on suspicion of infringing on personal rights (with a camera) and the production and distribution of pornographic images (taking pictures of sexual activity with the victim and posting them on Facebook).

The suspect was identified as Xu Lin, a 61-year-old Taiwanese man who owns a car repair garage. The victim was 32-year-old Y.R.V., a former translator and cashier in the garage, and also the suspect’s ex-girlfriend.

According to authorities, the suspect and the victim had known each other since 2016, when the victim first came to work as a cashier and a Chinese translator in the suspect’s garage. They later had a romantic relationship.

Following an argument between them, which led to their separation, the woman stopped working with the suspect. Since then, the suspect has used pictures and videos of them in bed to the victim to threaten her to get back together, but she refused.

Later, in 2022, the victim married another man, and the suspect became angry and sent the pictures and videos to the relatives of the victim and both both the bride and groom. As a result, the victim and her family were upset and decided to file a complaint for intervention from the authorities.

After receiving the above complaint, the police investigated and arrested the suspect and brought him in for questioning.

The suspect will be sent to the Phnom Penh Municipal Court for further proceedings. NOKORTHOM 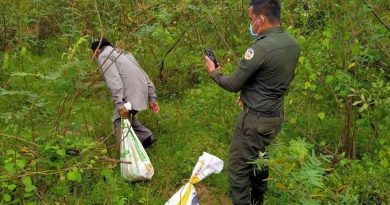