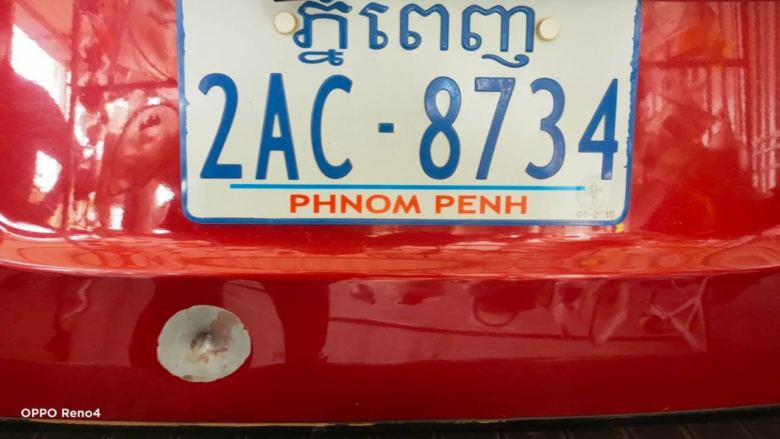 Takeo Province: A Takeo Provincial Gendarmerie Officer is accused of firing several gunshots angrily at a man’s car after a verbal conflict .

Chak Sovanra, a resident of Sambour village, Roka Knoung commune, Daun Keo city, Takeo province, claimed to be the victim in the shooting incident. According him, on February 5, 2022, at 22:35, he was driving the car to take his uncle to a house and found suspect, named as Mek Chung, was drunk. The suspect called his uncle to have a drink with him, and used inappropriate words.

There was an argument and a minor scuffle. The victim claimed that after the fight, he drove his wife and children back home, and when he waas about 500 meters away, Mek Chung came riding a PCX motorcyclebehind him and pulled out a pistol. Three or four bullets were fired- one hit in the back of the car and one in the left under the door.

The victim stated that about 4 or 5 days after the incident, the suspect, a provincial military police officer, came to the village chief to mediate, they agreed on a compensation price of $ 1,000, but the victim refused. Because it was a shooting case, he wanted to take the complaint to the provincial court.

On February 15, 2022, Colonel Nget Chanthy, Deputy Commander of the Provincial Gendarmerie, said by telephone that this was a case being looked at, and his department is now working to mediate in accordance with the law. KOHSANTEPHEAP 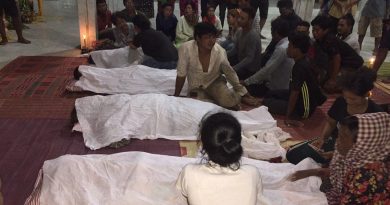 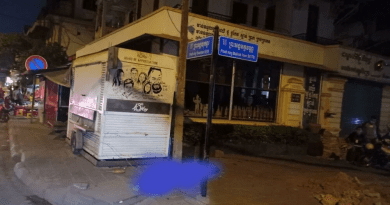