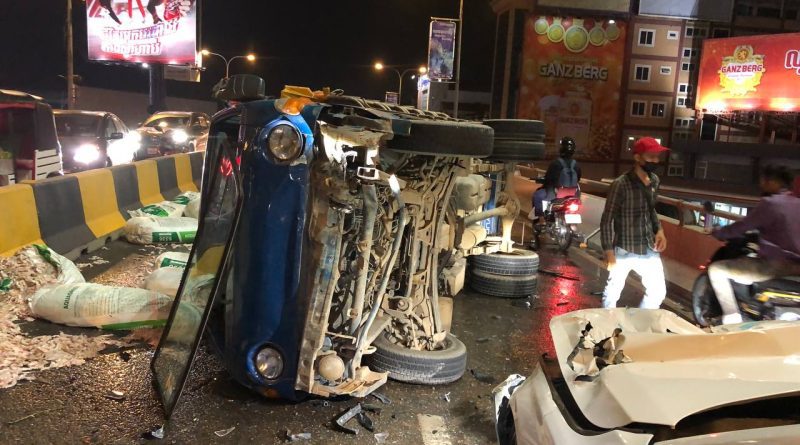 Phnom Penh: A BMW crashed into a truck full of fish from behind, pushing it into a concrete divider and causing the truck to overturn. This incident caused traffic congestion at 10:10 pm on February 11, 2022 at the Kbal Thnal flyover in Tonle Bassac district, Chamkar Mon.

The fish truck was driving along Norodom, heading towards National Road No. 2.

In the middle of the bridge, a white BMW without license plates, driven by a man from behind at high speed hit the truck from behind. The truck swerved and hit a divider and overturned, throwing fish all over the road.

The accident did not cause any injuries. However, the vehicles were badly damaged.

Immediately after the accident, local authorities came down to facilitate traffic and contacted the land traffic department of the Phnom Penh Municipal Police to measure and tow the two vehicles to save waiting to settle later. NKD 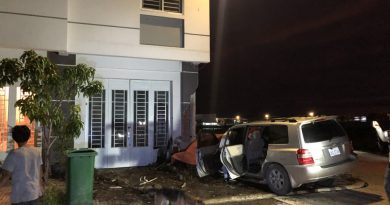