In the small, idyllic town of Kampot, there has recently been a surge in uncollected trash. The previous collection company, Gaea, has not renewed their contract and appeared to have disappeared sometime early-mid November, while their successors, Kampot Green, who commenced their services on the 1st of December, evidently don’t have the same collection capacity. Their distinctive blue and white Garbage trucks are rarely seen and they are clearly struggling to catch up and keep up with the ever-increasing surge of trash, from local businesses and residents, all watching the rubbish pile-up on street corners everywhere. Inevitably, perhaps, more rubbish is getting dumped in fields and rivers.

One irritated resident who spoke with us yesterday said, “It’s not as bad as some parts of India yet, but even so everywhere you look there are just piles of trash! There is trash to the right of me, trash to the left of me, trash behind me, and trash in front of me.”
Another angry resident was overheard to have said, “Well, that new lot are certainly cleaning up around the big houses with big cars, but the rest of us can just live in this filth!”
Several sources from different neighborhoods claim the Kampot Green sales rep told them, “We are not sure when we will start service in your area because there is just too much trash!”

With a resident population of at least 42,000 (2019 census), many visitors from across the Kingdom, as well as noticeably large crowds from Phnom Penh during holidays and weekends, not to mention development everywhere and the recently re-opened international tourist access, this small Urban paradise needs to keep up with the trends and the times to ensure that Kampot Green can keep Kampot clean. 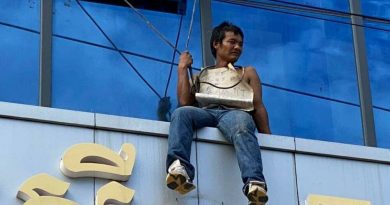 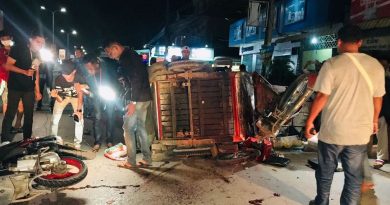 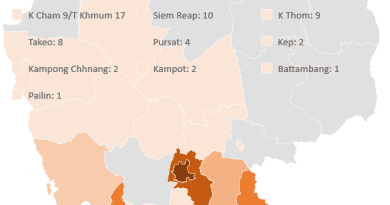 One thought on “Kampot’s Trash Is Mounting Up”