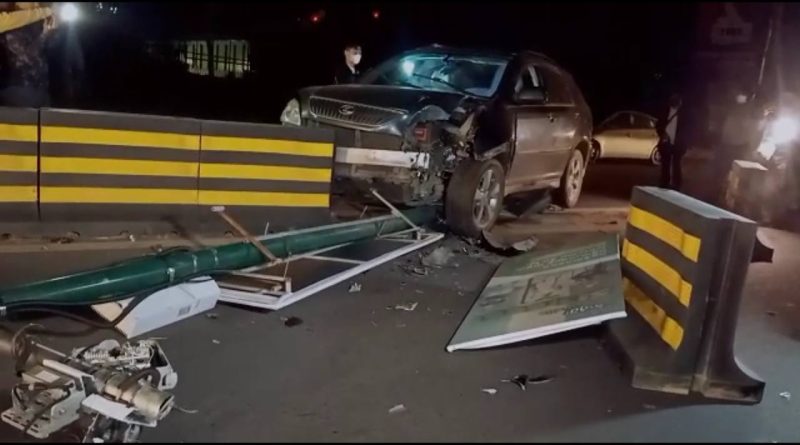 Phnom Penh: A foreign national suspected of being drunk drove a Lexus RX330 car at high speed, oversteered and hit a central divider.

The incident happened at 12:40 AM on November 30, 2021 in front of Pochentong Airport along the Boulevard of the Russian Federation in Sangkat Kakap I, Khan Por Senchey, Phnom Penh.

According to sources at the scene, before the incident, the foreigner was seen driving the Lexus with license plate Phnom Penh 2BD-1586 from west to east at high speed.

After the incident, the driver escaped from the scene and disappeared. The car is now stored at the Land Traffic Office of the Phnom Penh Municipal Police, waiting for the owner to come and solve the matter legally. NKD 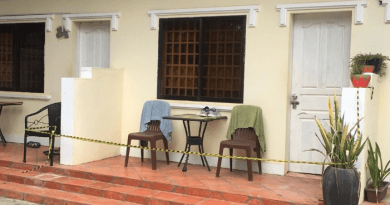 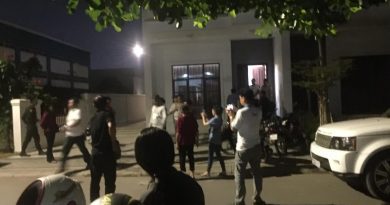 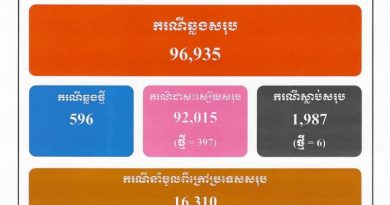