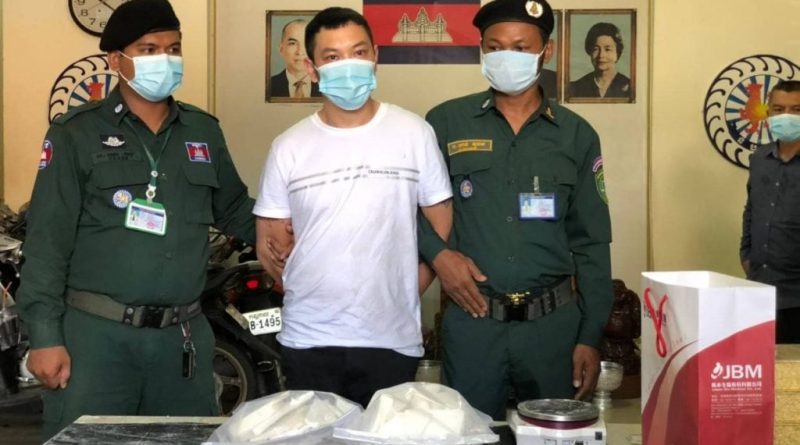 Phnom Penh: Mr. Theam Chanpiseth, President of the Trial Chamber of the Phnom Penh Municipal Court, on the afternoon of October 27, 2021, announced the verdict on LI MING HSING, a 31-year-old Chinese man staying at the Diamond One Hotel on Koh Pich, Sangkat Tonle Bassac, Khan Chamkarmon, Phnom Penh. The accused was sentenced to 21 years in prison and fined 80 million Riels. for the illegal transportation, trafficking and storage of nearly 10 kilograms of drugs.

The arrest took place at 9 o’clock on September 22, 2020, at a traffic stop checkpoint near Hang Bridge in Koh Pich, Sangkat Tonle Bassac, Khan Chamkar Mon. A black LEXUS GS300 with license plate Phnom Penh 2W-7669 belonging to a Chinese family of 4 – husband and wife and two small children crashed while avoiding the roadblock, the parents disappeared and a bag containing a large amount of drugs was thrown near the car. Police continued to search and entered a room at the Riviera Hotel, where more drugs were found and the suspect was detained. 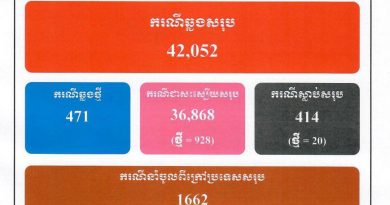 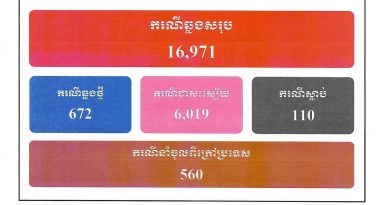