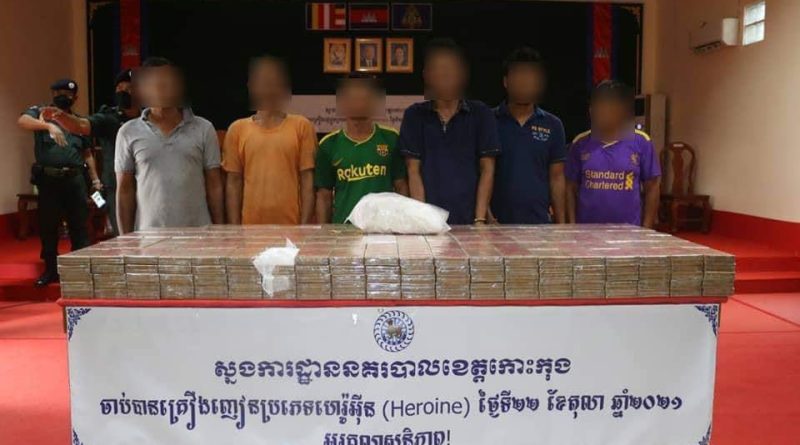 Koh Kong: More than 200 kilograms of heroin that police seized in Sre Ambel district on October 22 was trafficked from Laos and was due to be exported to Thailand.

The operation arrested 2 Thai ringleaders and 212.4 kilograms of drugs.

Koh Kong Provincial Police Commissioner Major General Kong Mono said on the morning of October 26, that his forces had confiscated a large fishing boat, 212.4 kilograms of heroin and that seven people were arrested. He added that among them were two Thai ringleaders, five Cambodian workers and a woman. The exhibits are being kept at the Koh Kong Provincial Police, while the suspects are being prepared for court.

Koh Kong Provincial Court Deputy Prosecutor Eng Chanpheara called the crackdown a “large-scale, unarmed crackdown.” The detainees had a network importing drugs from Laos through Stung Treng via Sihanoukville to Koh Kong and onto their destination in Thailand.

The suspects were charged by the Provincial Prosecutor’s Office for storing, transporting or illegally trafficking drugs under Article 40. Of the Law on Drug Control. They face imprisonment of 20 to 30 years, or life imprisonment and a fine of 40 million to 100 million riels. 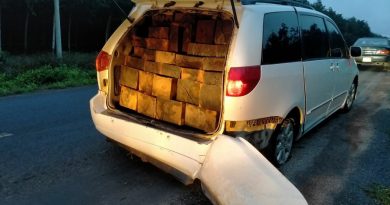 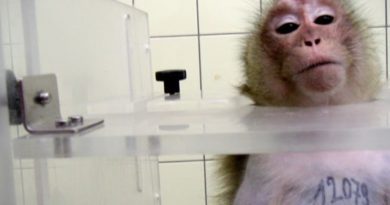 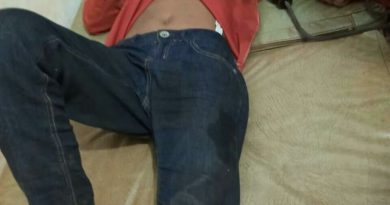