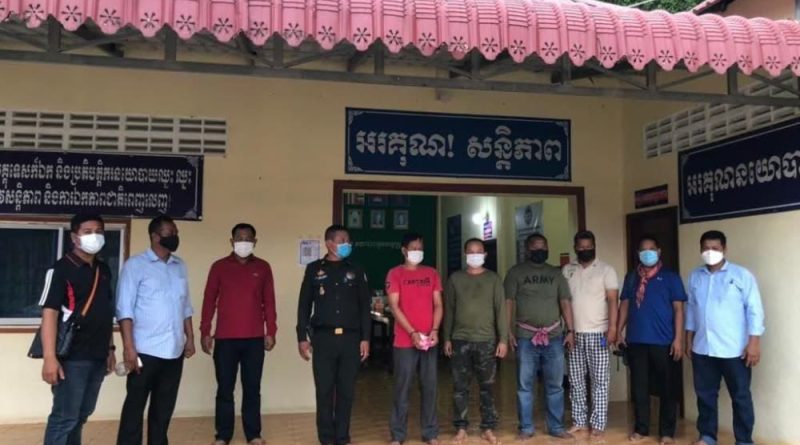 Kandal: A case of premeditated murder occurred on the night of October 13, 2021, at the point of Street 261 in Ampil Teuk village, Sambour Meas commune, Muk Kampoul district, Kandal province. Police arrested the suspected murderer on October 15, 2021.

Immediately after receiving information, the provincial and district specialized forces inspected the body at the scene to search for evidence according to the technical experience of the expert. The victim was a construction contractor, 40, who was living in a rented house, Sangkat Steung Meanchey, Khan Meanchey, Phnom Penh. Items left at the scene include the victim’s cell phone, wallet, helmet, and raincoat.

The Gendarmerie specialized force conducted a search for two days after finding the body, arrested the suspect with the help of the National Gendarmerie Investigation and Suppression Commission, with the good cooperation of the Gendarmerie. Prey Veng Provincial Military Police and relevant local authorities.

In front of the Kandal Provincial Gendarmerie, the suspect, Sreng Tay, confessed that on the day of the incident, the victim called him to see the construction work in Phnom Penh. At noon, the suspect took a taxi from his house in Prey Veng province to Chbar Ampov market, carrying a sharp yellow knife and a yellow plastic bag in his pants pocket in order to stab the victim because he had lied about work many times, wasting time and incurring costs.

Upon arrival at Chbar Ampov market, the suspect called the victim several times to pick him up, but the victim was busy and told him to wait for a while until the evening to meet.

The suspect said that the victim lied and they had an argument. The victim told the suspect to go to sleep at his house around Stung Meanchey before waiting for tomorrow. While riding the motorcycle together the suspect and the victim were still arguing. When the victim wanted to stop to urinate, the suspect took out the sharp knife left in his pants pocket and stabbed the victim in the back.

The suspect then picked up the victim’s motorcycle and threw the knife near the scene, then road on National Road 6A to National Road 8 towards his home in Peam Ro district, province. Prey Veng. He removed the motorcycle license plate on the road (he does not remember the place) and took the motorcycle and dumped it in a pond at a pagoda in Neak Leung village, Neak Leung commune, Peam Ro district, Prey Veng province.

On the night of the 14th In October 2021, he went to attend the funeral of the victim, who was originally from the same village, and the next day (acting normally so as not to be suspected). There he was arrested by the military police. 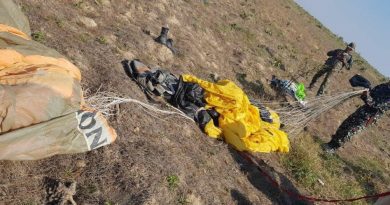 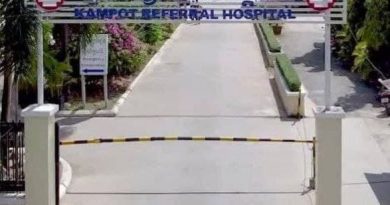 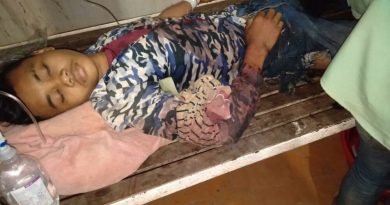