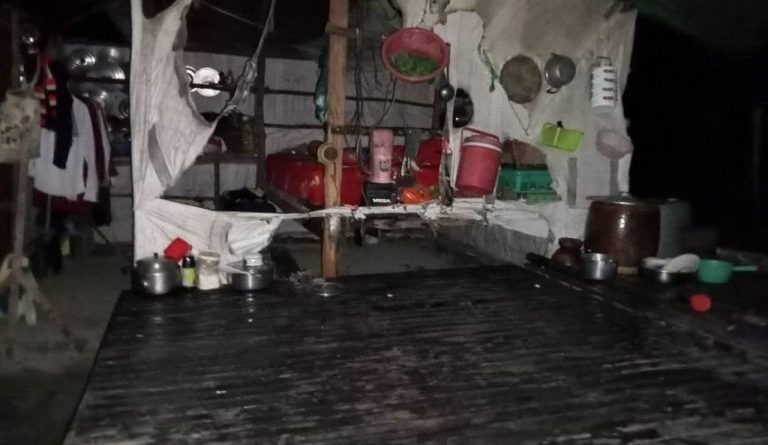 Siem Reap: A married man asked his mistress to live with him, but she refused because the man was not divorced from his wife. This made the man very angry and he decided to set fire to the woman and himself. Authorities are treating the case an attempted murder.

The police of Svay Leu district said on the evening of October 17, 2021 that after receiving the information, district forces arrived at the scene. There, Pring Horn, a 46-year-old female resident of Thmor Chrouh village, Khnong Phnom commune, Svay Leu district, explained that there was a case of attempted murder,

Witnesses at the scene explained that before the incident, the suspect Ron Rom was seen holding a 3-liter gasoline bottle walking into the victim’s house.

After a while, a witness suddenly heard the voice of the victim screaming for help. Hearing this, he ran to see the suspect and the victim were burned all over. He poured water to help put out the fire and asked the victim what happened. Both the victim and the suspect were taken to Siem Reap Provincial Hospital for treatment.

The victim, Nem Hoeum, explained that she and the suspect, Rom Rem, had a love affair in the past. The relationship has been severed for a long time because the suspect has not divorced his ex-wife.

The victim clarified that she could not take the suspect as her husband after breaking up with the suspect and blocked his Facebook page. On the evening of October 16, 2021, the suspect created a new Facebook page and chatted with the victim, asking to be reconciled and asked to meet at home. The victim refused and hung up.

The victim added that after she turned off the phone for a while, he saw the suspect walking towards her with a bottle of gasoline while she was sitting on the bed.

Upon arrival, the suspect said, “If we do not agree, we will die together,” and the suspect hugged her with one hand and a bottle of gasoline was poured on both of them was set on fire, causing serious injuries to both of them. RASMEI (WARNING) 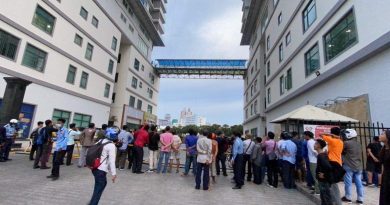 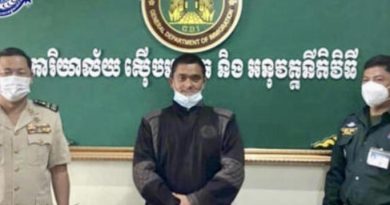 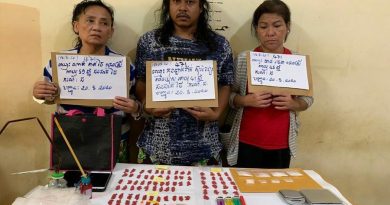