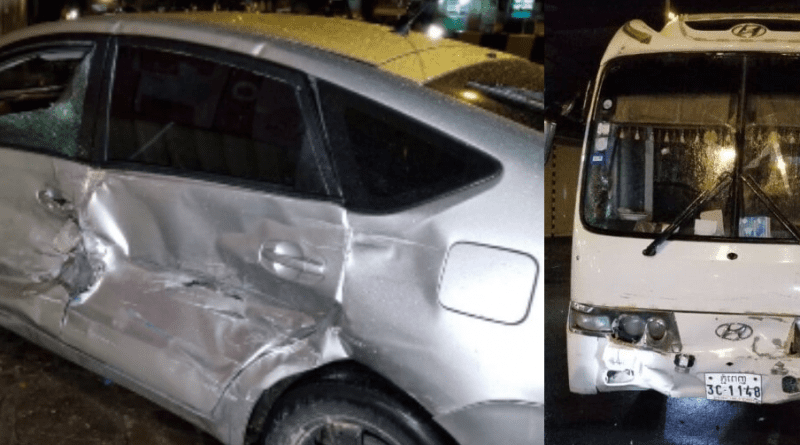 Phnom Penh: A man drove a Prius at medium speed through a four-way intersection, was hit by a bus and crashed into a fence.

Police said that the Prius with license plate Phnom Penh 2B-1186 was driving along Road 202 from west to east through the intersection when it was hit by a bus with license plate Phnom Penh 3C-1148, traveling along Mao Tse Tung in a north-south direction at high speed. The Prius then crashed into the fence of the Mondial Center causing damage. Nobody was injured in the crash.

After the incident, local authorities arrived and asked the two sides to negotiate, with the bus side agreeing to pay compensation to the car driver to end the story at the scene. CEN 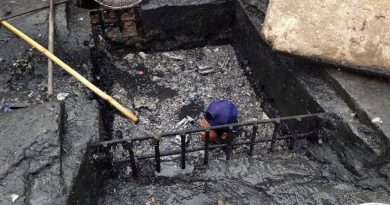 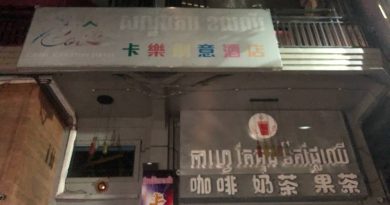