Battambang: A 12 year old girl died at the scene and seven others were seriously injured in a traffic accident between a pick-up and a three-wheeler tuk tuk.

According to the police, the accident happened at 10:20 AM on September 25, 2021, along the bypass road in Bao Po, O’Dambang 1 commune, Sangke district, Battambang province.

Prior to the incident, a white tricycle with license plate Battambang 1AI.4111, driven by a man with seven young passengers, was seen returning from the COVID Vaccination Center traveling from north to south. When they arrived at the scene, the tuk tuk crossed the road and s a silver Hilux truck with license plate Phnom Penh 2AV. 0284 came from west to east at high speed, hit the tuk tuk and dragged it for about 40 meters and crashed into a canal. The people in the tuk tuk fell all over the road and a 12-year-old girl died instantly. The 7 others were seriously injured and taken to hospital.

After the incident, the competent experts went to measure and bring the vehicles to be stored at the Battambang Provincial Road Traffic Police Office to wait for a legal settlement. BTB NEWS 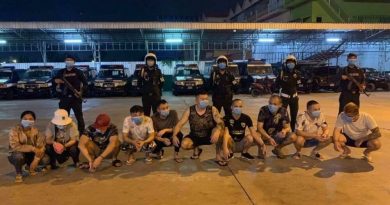 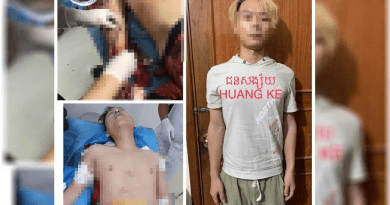 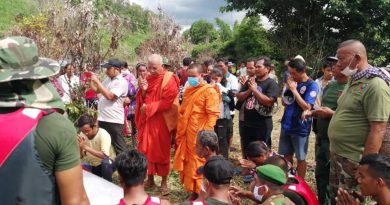