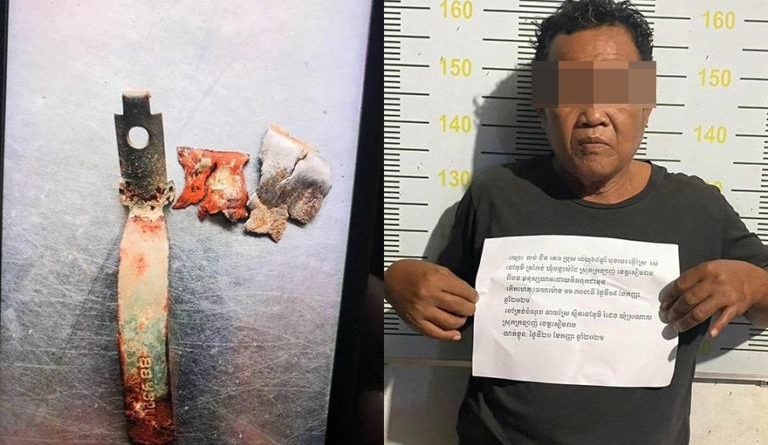 Authorities set up a commission to inspect the scene and conducted a forensic examination of the victim’s body. They found bamboo poles stuck to the ground, and a nylon cord which was broken after being tied to the victim’s fish trap, triggering a bomb. The victim’s body had injuries in the throat, right arm and right thigh from shrapnel, and he died at the scene.

According to officials from the Cambodian Mine Action Center (CMAC) and the Special Forces of the Office of Armaments Control, the bomb the suspect used was a Soviet-made RGD-5 fragmentation grenade.

Lon Chi, the suspect, had been in conflict with the victim Chao Ray for 25 years. The suspect accused the victim of witchcraft and committing black magic acts against his wife, causing her severe illness.

According to the suspect’s confession, 25 years ago, his wife Hok Rap, fell ill and could not speak and called for a traditional healer, who cured her, but said the victim had placed a curse on her. The next day the suspect drank alcohol and then stole an AK rifle from the house of Voeun (a military man) living in the same village and then fired a shot, injuring Chao Ray. After shooting the victim, he fled to Banteay Chhmar district, Banteay Meanchey province for about half a month before negotiating to pay compensation to the victim 2,500 Thai baht, and with the participation of village chiefs and commune chiefs, the men signed a contract that if one of the men should meet with an ‘accident’ then the other would be held responsible.

The suspect added that after mediation, he and his wife went to work in Thailand for many years. In 2016 he returned to live in the village and in 2019, his wife fell ill again with swollen arms and legs. The doctor said she had osteoporosis while the Khmer healer said “he was wrong”. Apparently, in 2021, his wife was so sick that she could not walk and her husband had to care for her.

It should be noted that the suspect confessed in detail to the previous incidents, but refused to admit that he was the one who planted the bomb that caused the explosion and killed the victim. The suspect insisted that the relatives of the victims receive $ 2,500 in compensation to end the case.

At this point, the authorities and the victim’s family put suspicion on him and the suspect was later sent to the provincial court to continue the proceedings. KOHSANTEPHEAP 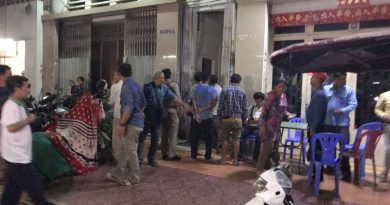 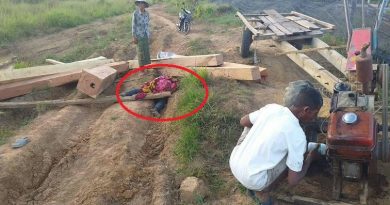