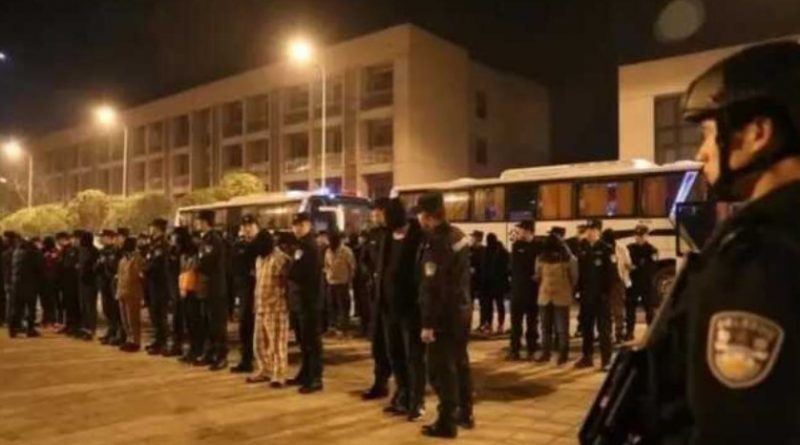 On September 14, 2019, the Criminal Investigation Detachment of the Yuzhong District Bureau of the Chongqing Municipal Public Security Bureau, China received a call. A young girl said that her boyfriend was kidnapped in Cambodia because of a huge gambling debt. The police launched an investigation, and China and Cambodia launched a joint operation, successfully destroying illegal gambling and kidnapping groups.

It is understood that the group is headed by Wu Mabiao from Nanyang, Henan, and Wu Zhen- others were involved in management, and there were 4 guard groups.

In October 2020, the police arrested Wu Mabiao in Lijiang, Yunnan, and Wu Zhen was arrested in Nanyang, Henan. At the same time, some members of the gang were arrested in Sihanoukville.

According to reports, Wu Mabiao came to Sihanoukville in 2018, starting from a casino named Ma Tsai, and then gradually developed and grew his operations.

At the end of 2019, Wu Mabiao’s group made several kidnappings in Sihanoukville, making Chinese people afraid to go out during the day.

On October 27, 2020, the Chongqing police announced that they had successfully detected a large cross-border gambling-derived kidnapping and ransom case. 330 police officers were dispatched to break up the group and find Wu, who was suspected of kidnapping more than 290 people. They arrested 121 suspects.

Among the core members of the gang, No. 2 Zhang (nicknamed “Brother Cat”), and Wu’s two brothers with the same surname are all from Zhenping County, Nanyang City, Henan Province. A brother was sentenced for intentional injury by the Zhenping County Court in 2009.

It is understood that Wu’s kidnapping gang totals 80-90 people. The core members are all from Nanyang, Henan. At that time, he monopolized 80% of the money-lending gambling market in Sihanoukville, and controlled a large number of casino solicitors through coercion to help him. It was said that he has made tens of millions of dollars in two months. Not only was it engaged in business, but Wu’s group also engaged in kidnapping and extortion.

At the beginning, the targets of kidnapping under house arrest were gamblers who lost gambling. Later, the range of kidnapping objects expanded, and they also used toothpicks to poke their fingers and other methods to cruelly torture the kidnapped.

The police handling the case stated that “criminals would use electric batons and truncheons against victims, instead of treating people as human beings, they would lock their necks with dog chains, and some would even lock them in iron cages to expose the victims to inhuman treatment and use bamboo under their fingernails.”

It is understood that “toothpicks poke fingers” was invented by Zhang, the No. 2 of the gang, and many victims were pricked with toothpicks, which was terrible. The Chinese police opened a case for investigation on September 8, 2019, after a victim Mr. Zeng was invited by a group of Wu gang members in China the offer of free air tickets to Sihanoukville to gamble, saying that it didn’t matter if you gamble or not. The free air ticket is just like a trip, and he was promised to win money.

But as soon as he arrived in Cambodia , Mr. Zeng was controlled by Wu’s gang and was forced to sign a loan agreement of 2 million yuan (almost $310,000), and told that he could only lose but not win. After losing the loan, Mr. Zeng was restricted by Wu’s gang and demanded a ransom from his family through beatings and torture. In the end, Mr. Zeng’s family paid a ransom of 610,000 yuan ($94,000) before he was released.

On October 1, 2019, Mr. Zeng reported to the Yuzhong District Bureau of Chongqing Public Security Bureau. Due to the serious and complicated case, the Chongqing Municipal Public Security Bureau quickly established the “10·21” special case headquarters, which concentrated more than 330 capable police officers from multiple police types to fully investigate the case.

After in-depth investigations, the police of the task force discovered that “this is a transnational criminal group with a clear division of labor and great harm.” The group is headed by Wu, and its main members have criminal records. “Intermediaries” look for gamblers, use gambling chips as bait to lure the gamblers to a casino in a Southeast Asian country, then carry out kidnapping and harm, and extorting family members .

The police also dug into the Mei criminal group that used the same means to commit crimes, and locked more than 120 suspects in the two groups. After investigation, there were more than 290 victims like Mr. Zeng, covering 29 provinces and municipalities in China, and the funds involved in the case amounted to more than 70 million yuan ($11 million).

As Wu’s gang had committed multiple crimes in Sihanoukville, and many victims have also reported to the local police, who had rescued several victims and arrested some members of the gang.

On November 17, 2019, 9 members of the gang were arrested for kidnapping 16 compatriots. On November 21, 2019, Cambodian police cracked down on two kidnapping and ransom cases and arrest 20 kidnapping suspects.

Of the 20 suspects arrested this time, 19 belonged to Wu’s kidnapping gang, which had at least 5 small ‘black’ houses used for kidnapping. The targets of the police raid were three of them, but one of the small black houses was moved after receiving the news.

After several crackdowns, by December 2019, more than 30 people from the gang had been arrested, more than 10 people had left Cambodia, and more than 30 people were still in Sihanoukville, many of whom were often taking drugs in casinos and hotels. The gang also controlled several women to engage in prostitution, and all the proceeds from prostitution belonged to the gang.

On December 5, 2019, the Cambodia Police stated that they would make every effort to combat vicious incidents such as robbery and kidnapping. In January 2020, the Chongqing police decided to close the internet at the same time inside and outside the country, and kill all the suspects in one fell swoop. On January 20, 57 arrest teams acted simultaneously. Chongqing police and Cambodian police arrested about 20 criminal suspects in multiple dens in Sihanoukville.

Wu, Mei and all core members of the two criminal groups were arrested and 7 victims were rescued on the spot. So far, two kidnapping gangs headed by Wu and Mei were found, and the police arrested 121 suspects. 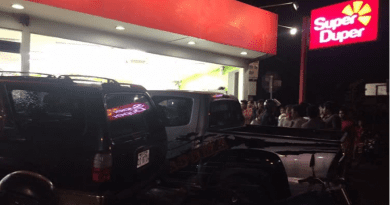