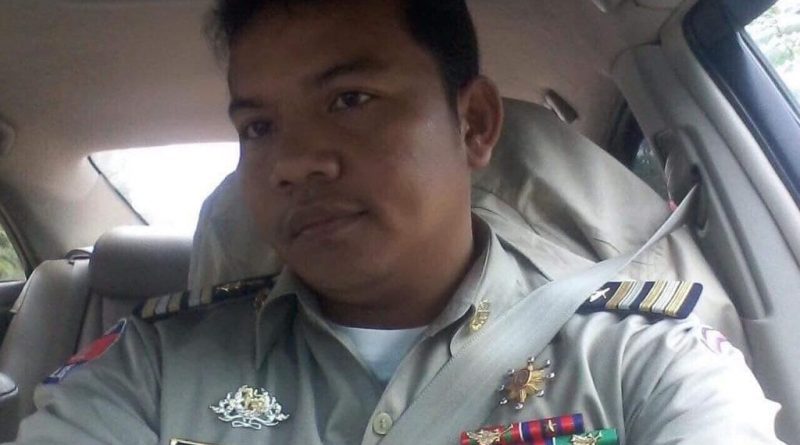 Phnom Penh: According to a source from the Phnom Penh Municipal Court of Appeal, the Prosecutor General of the Phnom Penh Court of Appeal on Thursday appealed to the Supreme Court over the case of former Deputy Director of the Criminal Department Duong Nakry. Phnom Penh Municipal Court has changed the charges against the accused and reduced his sentence from 10 years to 3 years and 2 suspended, in connection with the shooting of two victims, a couple and the use of illegal weapons in Phnom Penh in May 2019.

The appeal of the Prosecutor General of the Phnom Penh Municipal Court to the Supreme Court is due to the decision of the Trial Chamber seemingly having many irregularities related to the amendment of the charges and the sentencing of the accused.

On September 14, 2021, Lok Chumteav Chan Marina, President of the Council of Judges of the Phnom Penh Court of Appeal, announced the appeal verdict on the case of Duong Nakry, a former police officer and Deputy Director of the Police Department. Initial sentence being appealed was set by the Phnom Penh Municipal Court in 2020 at 10 years in prison in connection with the attempted murder of two couples near the Chbar Ampov police station 2019.

Judge Marina decided to change the charge of Duong Nakry from “attempted murder and unauthorized use of a weapon” to “aggravated intentional violence” and lowered the sentence from 10 years to 5 years imprisonment, but the sentence is limited to 3 years, the rest of the sentence is suspended with a fine of 4 million riels put into the national budget.

According to court documents, in this case, the Phnom Penh Municipal Court on January 3, 2020 sentenced Duong Nakry to 10 years in prison for attempted murder and conspiracy to commit murder and unauthorized use of firearms in accordance with the provisions of Articles 27 and 199 of the Penal Code and Article 20 of the Law on the Control of Weapons and Ammunition.
But he appealed to the Phnom Penh Court of Appeal.

Duong Nakry was arrested on May 2, 2020, after he fired five shots at the car of the victim, Phoris Storan, 34, of Prek Pra commune. Chbar Ampov on Monivong Blvd in Phnom Penh’s Chamkar Mon District at midnight on May 1 2020, following a driving dispute. CEN 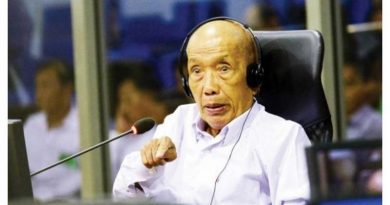