Phnom Penh: A suspected burglar was stabbed to death by a security guard at a petrol depot while the security guard was also injured after the suspect entered the office. The suspect had climbed a fence and was stealing materials at 4:00 AM on September 6, 2021 at a Tela station located along Street 217, Sangkat Dangkor, Khan Dangkor, Phnom Penh.

According to sources, at the time of the incident, the victim was seen fighting with the suspect, shouting that there was a thief. Eyewitnesses saw the suspect flee the scene about 100 meters away and collapsed dead. The security guard was seriously injured and taken to hospital.

Dangkor District Deputy Inspector of Police, Lieutenant Colonel Cheang Hok Se, said that based on the answers of witnesses, the dead suspect was a thief, having entered the location to steal things.

The security guard there fought with the man, until the suspect pulled out a knife and stabbed the guard. The guard tried to grab the knife and the suspect was injured under the armpit and escaped from the scene for 100 meters and died. The guard suffered serious neck injuries and has not been able to provide any answers for police. KPT / POSTNEWS 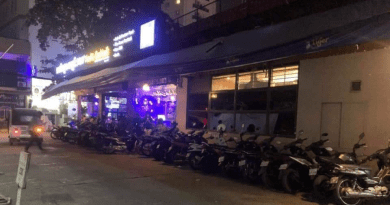 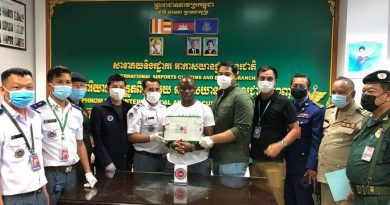 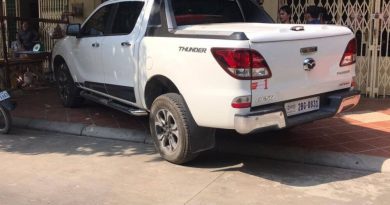