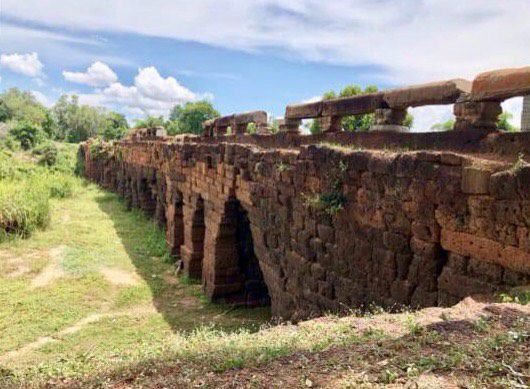 Oddar Meanchey: On the evening of August 23 , 2021, Mr. Hong Yoeun, Director of the Department of Culture and Fine Arts of Oddar Meanchey Province, participated in a ceremony to ask the owner of the land to open an historic site for clearing near ​​the Brahma Kel temple and the ancient bridge located at In Cheung Tien village, Cheung Tien commune, Chong Kal district, Oddar Meanchey province, bordering Srey Snom district, Siem Reap province.

The ceremony was attended by the provincial heritage protection police and professional officers of the department and people living around the area.

The Spean Toap (*roughly translates to ‘Military Bridge’) ancient bridge made of laterite and sandstone is 16.8 m wide and runs for 151 m- the longest example remaining in the country. It was built in the Angkorian style during the reign of King Jayavarman VII in the late 12th century and early 13th century, along a major ancient road from the former capital Angkor towards Phimai Temple (Vimai Bora) in present-day Thailand.

The Brahma Kel temple near the bridge was also constructed during the reign of Jayavarman VII, and served both as a religious site and accommodation for travelers in the Angkorian period.

The clearing of the archeological site has been supported by the  Deutsche Gesellschaft für Internationale Zusammenarbeit  (GIZ)  through the Oddar Meanchey Provincial Administration in the province’s fourth phase of local economic development program on the project  “Restoring the livelihoods of repatriated people”.

This is the second of three projects implemented by the Provincial Department of Culture and Fine Arts to enhance and enhance the beauty around the Brahma Kel archeological site and the bridge, which are cultural heritage. KPT 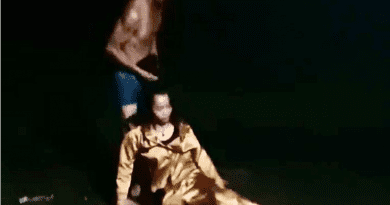 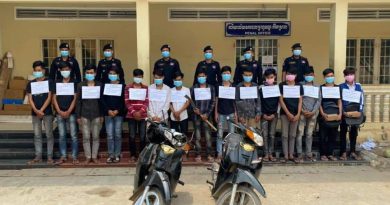 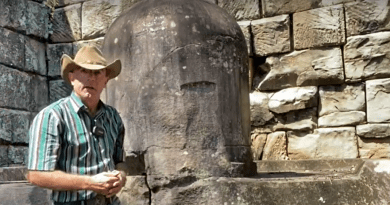