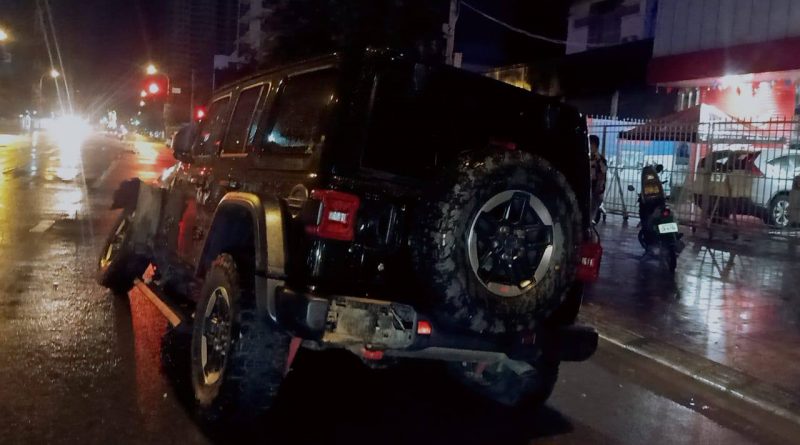 Phnom Penh: A Jeep, suspected of being piloted by a drunk driver, swerved onto the sidewalk and hit a Tacoma car parked up, causing damage to both vehicles, but fortunately no one was injured.

The incident happened at 11:20 pm on August 20, 2021 in front of the Phnom Penh Hotel along Monivong Blvd. in Srah Chak Sangkat, Daun Penh District, Phnom Penh.

Sources at the scene said that prior to the incident, a black Jeep with Cambodian license plate S-8808-S was seen traveling along Monivong Road in a south-to-north direction.

At the scene, the drunk driver swerved to the right and onto the sidewalk and crashed into a parked white Tacoma with license plate number 2B-7785. This caused the Tacoma to spin, and the Jeep tried to drive away. Due to the damage, the driver got out, removed the front and rear license plates, and fled, leaving the car in the road at the scene.

The local police arrived and contacted the traffic police to measure the two vehicles and store them at the Land Traffic Office of the Phnom Penh Municipal Police, waiting for a legal settlement. NKD 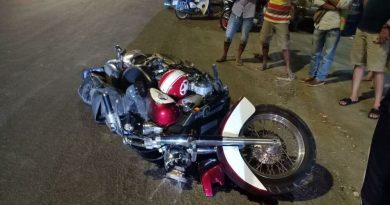 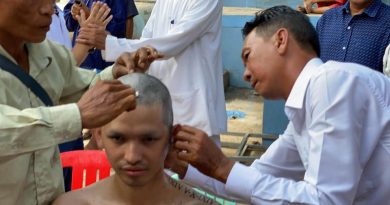 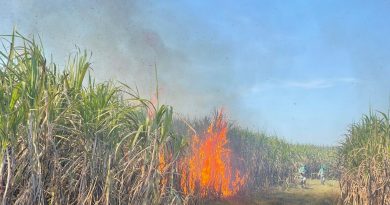