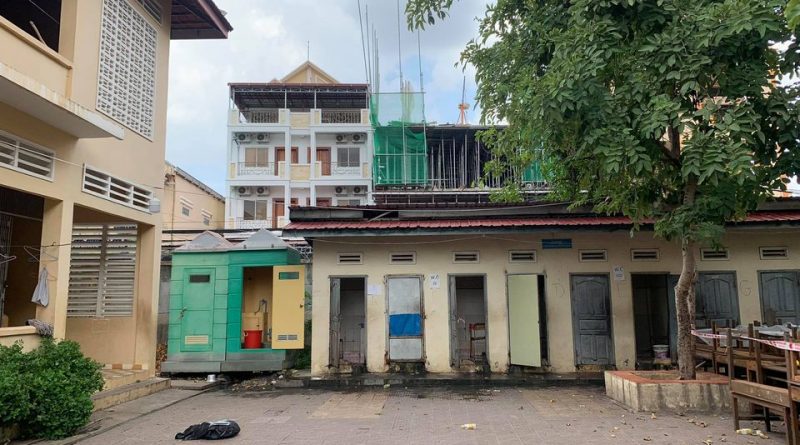 The following report was sent to CNE by a long-term expat, who returned to Cambodia after a visit home.

I arrived in Cambodia after a brief trip to my home country at around 6 pm on August 2nd. I was transferred to Sokha hotel from the airport and I stayed there for two nights. On August 3rd I got a call from the reception at 11 pm and was informed that I tested positive on arrival into the country. I was told to pack all my belongings and go downstairs to the lobby. It was a very confusing and stressful situation. I wish I was notified about my test results earlier, so that at least I have some time to accept the situation, calm down and pack my stuff without forgetting anything at the hotel.

The ambulance took me and two other people to the Chea Sim Samaky High School. Without any explanations. I was put in the room with two random men. The room looked just terrible. There were a few folding beds with thin mattresses on them. My mattress was covered with pieces of dirt and hair. There were no bedsheets, just a tiny pillow on each bed and mosquito nets. The walls and the floors were very dirty. Later on, I also noticed that when people move out of the room and others are placed on their beds, no one sanitizes/ sprays those beds between uses. I never saw them spraying showers and toilets either. The showers here are nasty too. The dirty water from nearby showers is flowing into the one you’re in, and if there is someone taking a shower in the shower next to yours, you get splashed. The trash is everywhere outside of the buildings.

I was isolated in the hotel room where I reserved my stay, but was moved to an unhygienic group facility to stay with strangers. On the fourth day, I finally received my first test. I was told by the doctor that I could not be moved to another facility, because the laboratory was still checking if I had the Delta variant. It has been more than fifteen days now, and I still do not have the results of this test. I did not get any other tests, like blood tests or X-ray either. They just throw a little pack of medicines in the breakfast bag without explaining what it is. I do not really need any medicines because I do not have any symptoms at all. The lack of communication, and an overall treatment plan only adds to my frustration.

After six days in this facility, I received my first negative test result, and I was finally released. I was told to self isolate for two weeks, and given official release papers.  I was very happy to be back home, but that happiness was short-lived. Just two days later I received a call from the head doctor, recalling me back to the facility for another test. The incentive to comply was pretty strong. I was warned of a hefty fine, and possible jail time should I not comply. However much I feared returning to Chea Sim Samaky High School, I went back with the promise that I would be released again, soon after the test results were available, provided that they were negative.

So, I was back at the center the next morning. On the 15th, I was informed that my second test was negative, but I would have to remain at the center for another 10 days- despite their early promise about releasing me.

As I am fully vaccinated, tested negative within 72 hours before arriving in the country, only to test positive on August 2nd, but negative on August 7th, I’m concerned at whether or not the diagnosis was correct. Now, officially COVID free, I worry that my health is in danger by keeping me in the place full of people who do have the virus.

To add to the confusion- I’m not even sure if my last test was negative or positive. I am receiving conflicting information from the head doctor, my embassy, and my Khmer speaking friend. My friend and I have tried to contact the laboratory to obtain my test results, but the laboratory is unreachable. I don’t have access to my own medical records. Why are these being kept secret?

The head doctor here seems nice enough, albeit very frustrated and overworked. Even he seems powerless to help, as he’s explained his inability to prescribe any medicines, PCR tests, release anyone unless specifically directed by the MoH.

Meals are served three times a day. For lunch and dinner it’s normally rice, a little bit of meat/ seafood, a sauce and a soup. Rice and meat/ seafood are edible in most cases.
My boyfriend brings me snacks every other day. Also,  my Chinese roommate orders food every day and always shares. Sometimes we get burgers!
I definitely don’t starve here but I do eat less because of the ongoing stress.

The local people are very supportive here. They tried to cheer me up on my first days when I was at my lowest depression point, and translate the doctor’s announcements for me (he does it over the microphone). Unlike quarantine hotels, we can use outside space, so at least we can get exercise and fresh air.

The staff here are brave people, considering how much fear there is of COVID, and they all try to be helpful.

For now, I must continue to deal with the day-to-day life inside the facility, and hope that I’m able to be released on the 25th (unless the rules are changed again). Although I’m hating every minute of it and can’t wait for it to be over, I admire the dedication of the local staff and the resilient people who are sharing the experience with me.

When this is over, and COVID-19 is just a memory in history- I’ll hopefully look back and laugh about this awful experience. So everybody out there- stay safe and keep healthy!

I know some people say that I should stop fighting. That I knew that I potentially would stay at a hospital if I test positive on arrival here and that the COVID situation is bad in Cambodia at the moment. I am aware of all that but I never expected that I would be put in this kind of facility. Is not this why we buy Forte insurance hoping that if we do test positive our stay at a decent hospital would be covered? I also did not expect to be put in the same facility as people with confirmed Delta variant while I cannot even have a chance to get tested again to see whether my first test result was a false positive.

The views expressed in this article are the author’s own and do not reflect those of CNE.

If you have a story you want to share, get in touch via the usual channels. 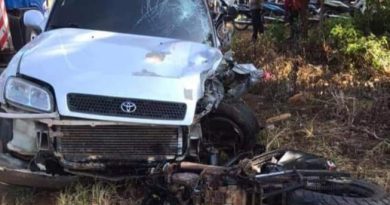 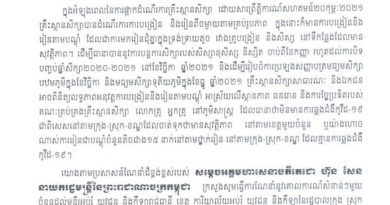 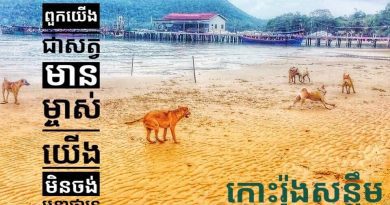 One thought on “Kafkaesque- An Expat’s Ongoing COVID Center Experience”