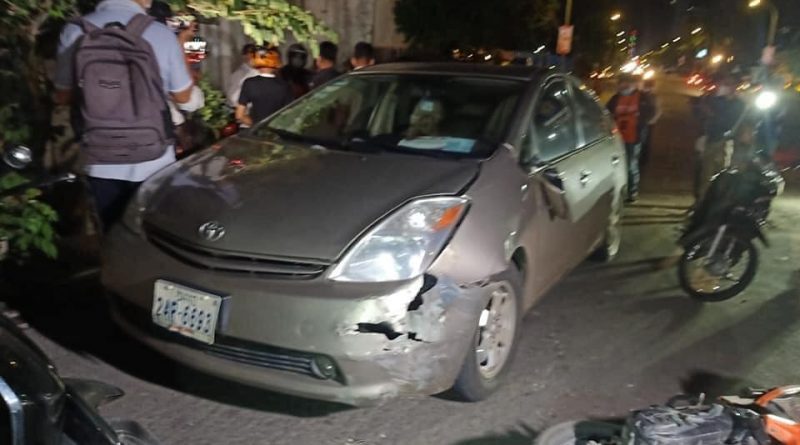 Phnom Penh: A man suspected of being drunk behind the wheel of a Toyota Prius hit two motorcycles stopped at a traffic light, causing one woman to be seriously injured and another woman to be slightly injured.
The incident happened at 19:30 on August 13, 2021 at the traffic light along Street 315 at right angles to Street 598 in Sangkat Boeung Kak II, Khan Toul Kork, Phnom Penh.
According to sources at the scene, before the incident, a woman was seen riding a black Smash V motorcycle with license plate Phnom Penh 1FR-2326 traveling along Street 315 in the direction from north to south. The incident occurred at the corner of Street 598, when she stopped waiting for the traffic light, then another woman riding a black and orange Honda Click motorcycle with license plate Phnom Penh 1AJ-3114, came to a stop behind.

The Toyota Prius with license plate Phnom Penh 2AR-6693, came from behind, colliding with the motorcycles. The injured woman was taken to the hospital by ambulance.
After the incident, local authorities arrived and allowed both parties to mediate for almost an hour before agreeing, with the car driver (unnamed, but appears to be a police officer) paying $ 250 compensation to the two victims to end the story at the scene. MCPN 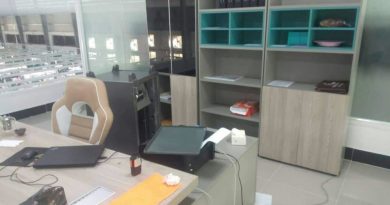 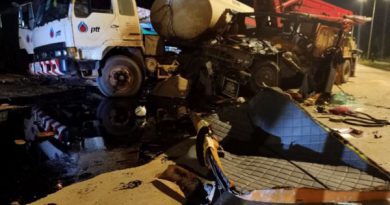 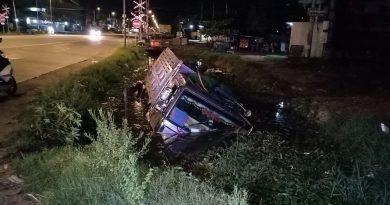