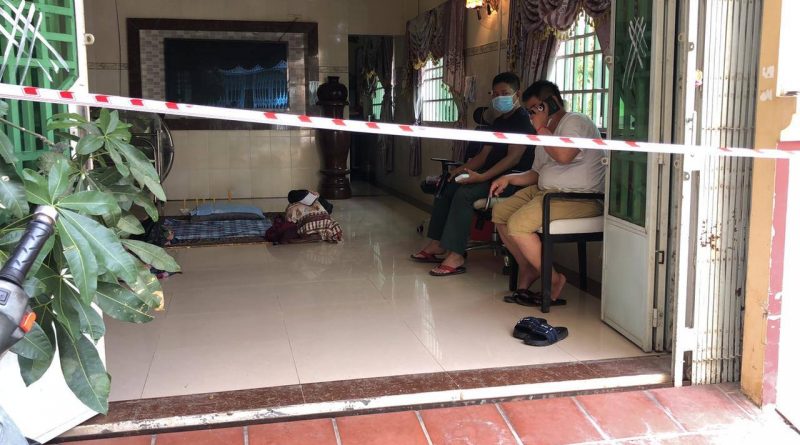 The victim was named as Bun Vanna, 60 years old. According to sources, on the evening of August 12, 2021, suspect and his wife had an argument, and the next morning the couple quarreled and became violent again.

The father of the woman went to the location, and was stabbed by his son-in-law several times, causing serious injuries. He was rushed to Khmer-Soviet Friendship Hospital, but the injuries were too serious, and doctors said the victim died. The family \reported the incident to the Boeung Tumpun II Administration Post.

After authorities received the information, the suspect was taken to interrogation at the police post Tumpon 2 and forensic experts of the Phnom Penh Municipal Police went to inspect the scene.

Authorities later concluded that the case was a violent incident in which the father-in-law died after the son-in-law stabbed him several times. After examining the body, the authorities handed it over to the family for a traditional funeral.

Residents who live near the scene, said the married couple were often heard and seen arguing almost daily, and when the wife’s father went to stop another argument, the son-in-law, (who has not been named, but reportedly a 28-year-old soldier), became angry and stabbed him with a knife. NKD

UPDATE: (Headline edited) Later reports say the victim lived with couple. Police now say that the woman  Bun Sopher, 28, (the victim’s daughter) had taken a knife to attack her husband named as Heng Sao Raksmey, 31 years old. The victim got in between them and was stabbed 6 times. The couple were both detained for further questioning. (Kohsantepheap) 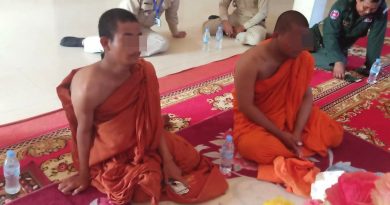 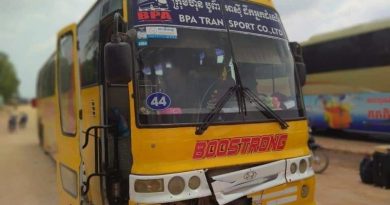 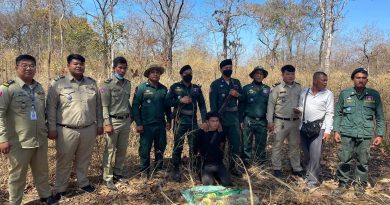