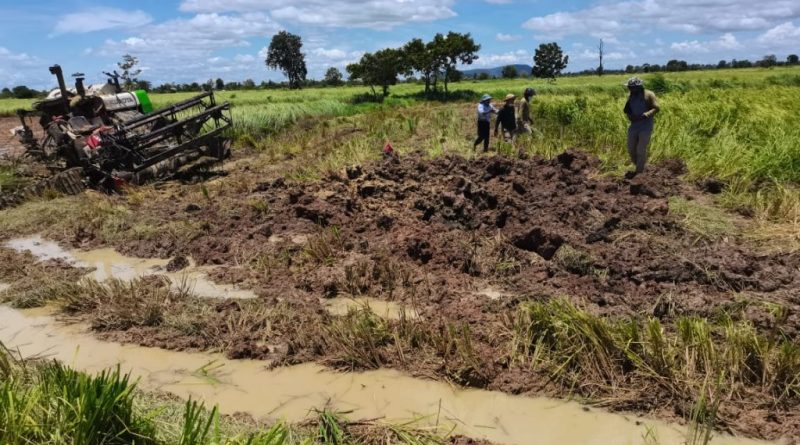 Battambang: A rice harvester was working in the fields and struck a landmine, which detonated. Authorities said that the incident occurred at 11:40on August 12, 2021, near Thmey village, Kantea 1 commune, Banan district, Battambang province.

Rim Kin, a 32-year-old man, was rushed to the Provincial Referral Hospital and a passenger in the machine also suffered minor injuries. The machine was severely damaged. KPT 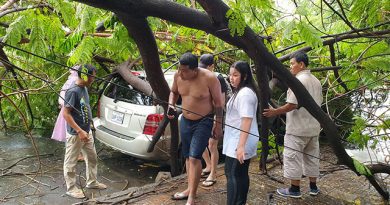