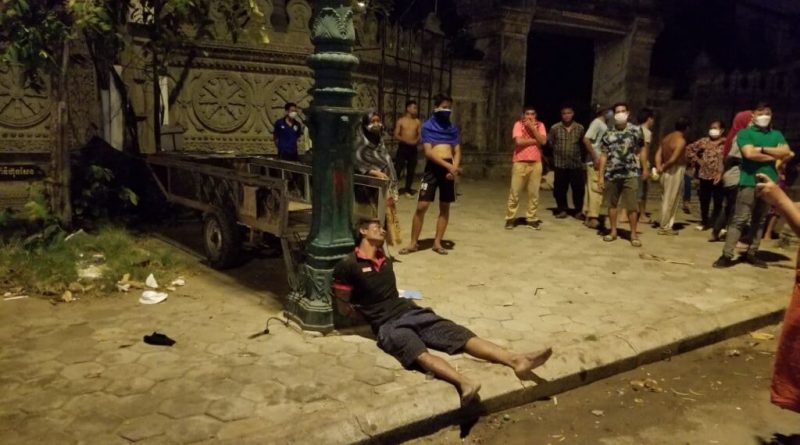 Phnom Penh: A man was beaten by locals and handed over to the police the night of August 6, 2021, along the riverside road in front of Wat Chas in Sangkat Chroy Changva, Khan Chroy Changva, Phnom Penh.

The suspect was believed to be a frequent drug user, and had once attacked and beaten a monk in the pagoda, but was arrested by the Chroy Changvar district authorities. After educating and instructing him to return home, on the day of the incident, the man came back to upset the monks and the villagers again, holding a knife, threatening people and attempting to set fire to property. The local people then fought back, causing the man to be seriously injured, and tied him to a lamp post, then reported to the authorities to intervene. AREY

UPDATE: Confirmed to be the same man who was threatening monks and civilians with a knife on August 1. 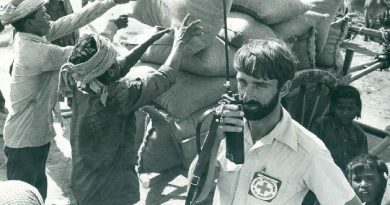 Another COVID-19 case Brings Total To 87

One thought on “Locals Beat & Tie Up Known Troublemaker”