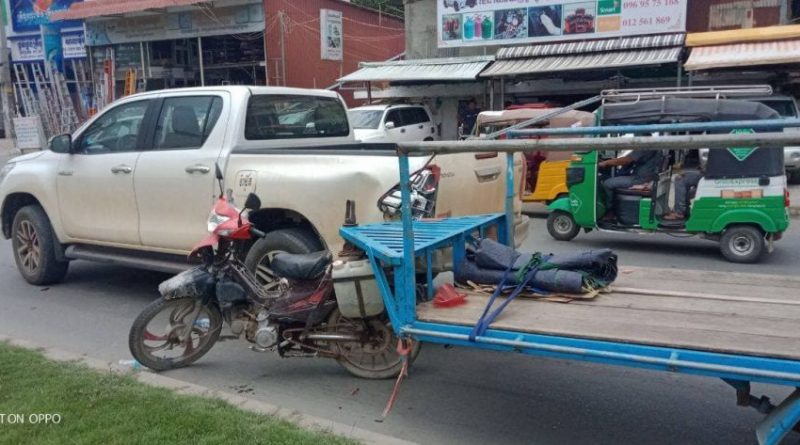 Phnom Penh: A young man driving a motorcycle trailer without caution hit the back of the car, causing damage. The car owner demanded $ 1,000 in damages, but mediated to end the story to $ 150.

According to sources at the scene, before the incident, a Chinese man was seen driving a white Hyundai Vigo with license plate Phnom Penh 2 AM-2198 from west to east along National road. No. 1. Near Wat Niroth, a moto-trailer came in the same direction, driving at high speed. The motorcycle’s brakes did not work, and it slammed into the back of the Vigo. Fortunately, no one was injured.

After the incident, local authorities went to the scene to the scene and prevented traffic jams, giving time for the two sides to negotiate compensation. The Chinese man demanded $ 1,000 for repairs, but the tuk-tuk side had no money to pay. A Chinese-speaking person was brought in to help translate and coordinate for almost an hour, then the Chinese car owner agreed to accept $ 150 in compensation to end the story on the spot. POST NEWS 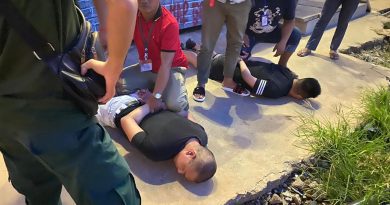 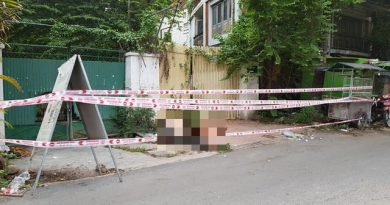