CASE ONE: A BMW was speeding through a four way intersection, did not slow down and collided head-on with a fully loaded minivan, causing severe damage but fortunately no one was injured.
The incident happened at 1 am on July 26, 2021 at the corner of Street 310 and Street 199 in Sangkat Tuol Svay Prey I, Khan Boeung Keng Kang.

After the incident, both parties agreed to repair by themselves.

Case Two: A young man was seriously injured and was taken to the hospital by ambulance after riding a motorbike at high speed into the rear of an Audi luxury car from behind at 1:30 AM on July 26, 2021, at the corner of Norodom Blvd., Street 360, in Sangkat Boeung Keng Kang I, Khan Boeung Keng Kang.

According to sources at the scene, prior to the incident, a white Q7 with Phnom Penh number plate 2BA-1413 was seen driving along Norodom Boulevard in a north-south direction. Two young men riding a black Honda Dream C125 motorcycle with license plate Phnom Penh 1GI-1390 came at high speed, chased by several other motorcycles fand crashed into the back of the Q7. The colision caused serious injuries to one person and minor injuries to another.
After the accident, the victim was sent to the hospital immediately, and the motorcycle and car were measured and stored at the Traffic Office of the Phnom Penh Municipal Commission, waiting for legal action.

Case Three: A man suspected of being drunk drove a car and hit a motorcycle, causing severe damage to the car and motorcycle, but fortunately the owner of the motorcycle escaped death.

The above traffic accident happened at 8:45 pm on July 25, 2021 along the concrete road in front of Wat Samrong Andet in Sangkat Kork Khleang, Khan Sen Sok, Phnom Penh.

According to sources at the scene, before the incident, the man was seen driving a white Hyundai car with State license plate number 61.2-0167 along the road at high speed. At the scene, he collided with a Honda Dream C125 motorcycle with license plate Phnom Penh 1FB-2249, causing the car and motorcycle to be severely damaged.

After the incident, local authorities arrived and inspected the scene and asked both parties to coordinate. Later, the car party realized his mistake and paid the motorcycle side $ 1,000 to end the story on the spot. 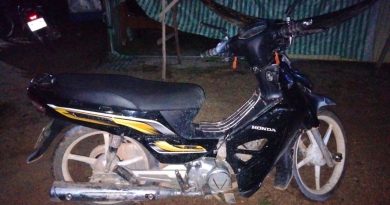 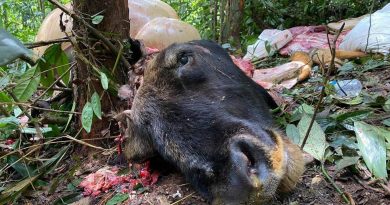 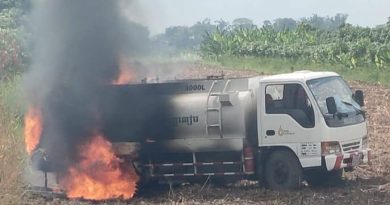