Phnom Penh: A traffic accident caused the death of a woman at the scene, while eight other people, young and old, were seriously injured when a container truck collided with a tuk-tuk, at 6.20 on the morning on July 21, 2021 on National Road 4 in front of the gate of Wat Snguon Pich, Snguon Pich village, Sangkat Kambol, Khan Kambol, Phnom Penh.

The driver of the truck with license plate number 3A-6481 escaped the scene.

According to sources, before the incident, they had a total of nine people, including children traveling on a tuk-tuk with license plate number 1E-4031 in order to go around the market. The container truck was overtaking and hit the tuk-tuk at high speed.

Sources from other eyewitnesses said that when the container truck hit, they saw a woman fly out and hit the windshield of the truck.

After the incident, the police intervened to facilitate traffic, avoid congestion and handed over the body to the family to take to the traditional ceremony. The injured were taken to hospital. POST NEWS 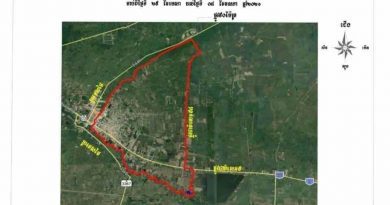 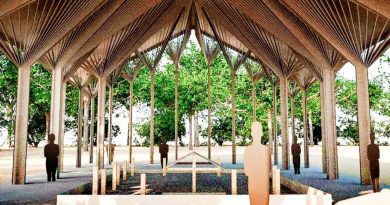