China: On July 15, the Suining police in Xuzhou, Jiangsu disclosed a recently detected case oflarge cross-border online gambling, took down two cross-border gambling websites, and successively arrested more than 60 suspects involved in the case. The amount is as high as 100 million yuan ($15.5 million).

The clues to this case came from a fraud case investigated by the police in the early stage.

It is understood that during the investigation of a fraud case, the police of the Suining County Public Security Bureau discovered that one of the persons involved was involved in a gambling website, so the investigators further analyzed and judged the relevant information.

After sorting out the relevant information, the police quickly clarified the persons were involved in two cross-border gambling websites set up in Cambodia and the Philippines.

After interrogation, the police learned that the main members of this criminal gang were headed by suspect named Liang who organized more than 60 people to set up two gambling websites abroad, and recruited gambling participants through WeChat and various other channels.

As of the time of being caught by the police, the two gambling websites involved a total of more than 100 million yuan.

According to Shao Dawei, deputy head of the Public Security Brigade of the Public Security Bureau of Suining County, Xuzhou City: “This criminal suspect group headed by Liang Mou opened two gambling websites in the Philippines and Cambodia . It’s called Phoenix International. They recruited technicians to develop a gambling website in the early stage, and then after successfully setting up the gambling website, they recruited promoters, as well as their organization’s logistics management personnel, financial personnel, and personnel before they started operating. “

Some suspects were persuaded by the police to surrender. As of July 14, more than 60 persons involved in the gang had all been brought in. The police conducted centralized education on these persons involved. Through the ideological education, these criminal suspects are aware of their mistakes.

A suspect named Liu said: “I really regret it. If I really let others lose money…. I have played cards and lost money myself. I understand the feeling of losing money, so I just don’t want others to play this thing again. It’s really scary to lose.”

Liu also said that she would like to remind people who do this thing overseas that they should not do it. They should be a down-to-earth person, and do things with peace of mind. Don’t think about the so-called high-income things, which are all fooling people. They are trapped there like prisoners outside the country, and their income is not as high as imagined.

According to the police, the case not only captured a large number of people, and the amount involved was as high as 100 million yuan, but also achieved a full-chain attack, and the entire black industry chain of gambling websites was terminated.

At present, all relevant persons involved in the case have been transferred for prosecution, and the case is being further processed. CHINESE NEWS

Meanwhile, an announcement was also made for citizens from the city of Linfen involved in illegal activities to hand themselves in to face more leniency.

“In order to implement the spirit of the central leadership’s instructions on severely cracking down on the prevention of telecommunications network fraud crimes, severely cracking down on cross-border illegal and criminal activities on the China-Myanmar border and in Cambodia, maintaining social stability, and protecting the safety of people’s lives and properties. People who illegally exit and stay in northern Myanmar at the border of Myanmar and engage in cyber crimes in Cambodia (hereinafter referred to as: personnel staying in northern Myanmar and Cambodia) implement centralized persuasion to return. The announcement is hereby issued as follows:

1. Those who are still in northern Myanmar and Linfen, Cambodia, shall voluntarily enter and return to the country within 30 days from the date of this announcement, and contact the public security organs where they are registered for filing. Those from Linfen who are stranded in northern Myanmar or Cambodia who voluntarily enter the country and report, or their family members promptly contact Linfen and surrender themselves….. If they truthfully confess their illegal or criminal acts, they can be treated lightly or in accordance with the law. Mitigation of punishment; if the circumstances are obviously minor and the harm is not great, it will not be punished as a crime; those who refuse to enter the country and return to the country, the public security organs will investigate and deal with crimes suspected of transgressing the country (border), fraud, gambling, and aiding information to cybercrime activities in accordance with law .

3. Linfen nationals stranded in northern Myanmar or Cambodia who have reported or exposed the criminal acts of others, that have been verified to be true, and provided important clues, so as to be able to detect other cases, or actively assist the public security organs to capture other fugitives and other meritorious deeds, (face) lighter or mitigated punishment; those who have performed significant meritorious service may be mitigated or exempted from punishment in accordance with the law.

4. No unit, organization or individual shall provide hidden residence, property, transportation for Linfen residents stranded in northern Myanmar or Cambodia, inform them or give false certificates to cover them, or provide other conveniences to help them escape. This is true and constitutes whoever commits a crime shall be investigated for criminal responsibility in accordance with the law.

5. The Linfen nationals who are still in northern Myanmar and Cambodia must recognize the situation, cherish the opportunity, take the initiative to return to China as soon as possible, and strive for lenient treatment. Anyone who fails to provide justified reasons or proof of work after August 30, refuses to accept the public security organ’s persuasion to return Linfen people who are still stranded abroad, and who does not return to (China) through legal channels, the public security organs will resolutely take effective measures to crack down on them in accordance with the law, and Take the following disciplinary measures

(1) Linfen nationals in northern Myanmar or Cambodia who are suspected of illegal crimes shall be dealt with severely and severely in accordance with the law.

(2) Linfen nationals in northern Myanmar and Cambodia are strictly controlled to handle communications and banking services. All mobile phone cards under their names are shut down and the bank’s non-counter business functions are suspended.

(3) The permanent residences of Linfen residents in northern Myanmar and Cambodia will be frozen as “unaccounted for”. After freezing, all household registration and related businesses will be suspended.

(4) Linfen nationals in northern Myanmar and Cambodia are all listed as key personnel of the public security organs.

6. Starting from the date of the announcement, the general public is welcome to actively report and expose Linfen nationals stranded in northern Myanmar and Cambodia and their related illegal and criminal clues. The public security organs will strictly keep secrets for reporting clues, and will give corresponding rewards if they are verified; those who report major crimes will be rewarded according to relevant regulations; those who report maliciously or falsely accuse others will be held accountable in accordance with the law; the public security organs will strictly protect Those who retaliate against the whistleblower will be punished severely and severely in accordance with the law. 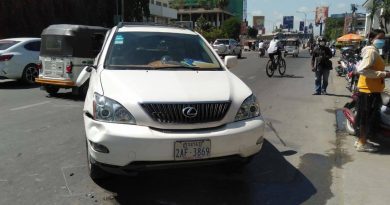 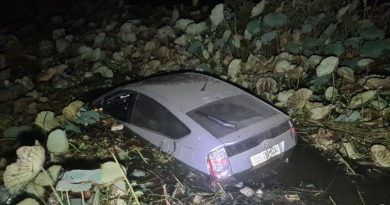