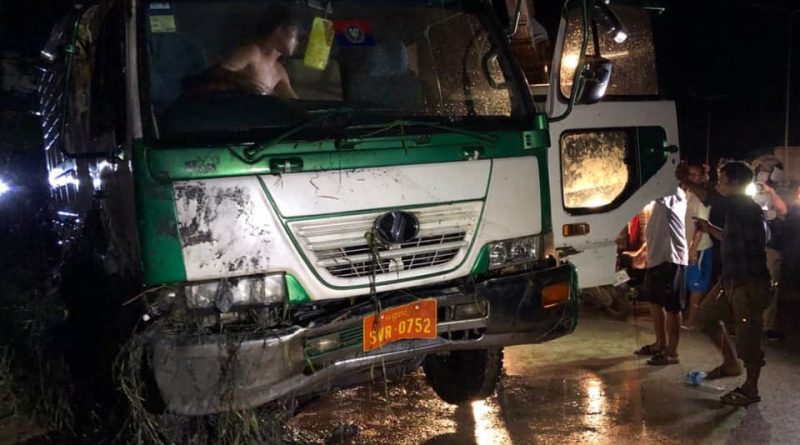 Phnom Penh: A man jumped off a motorcycle and escaped with minor injuries after he was hit by a truck. Phnom Penh. The truck hit him from behind and dragged the moto into a sewer and crashed, at 8:30 pm on July 16, 2021, along the 50-meter ring road in Anlong Kong Thmey village, Prey Sar commune, Dangkor district.

According to the victim, who did not want to be named, he said that before the incident, he left work and rode a 2018 Honda Dream motorcycle back home. When the motorcycle arrived at the parking lot, a large white and blue truck with right-hand drive license plate number SVR-0752 was speeding and hit the back of the motorcycle, causing him to jump off. The motorcyclist was slightly injured, while the motorcycle was crushed by the car and dragged into the sewerage canal and sank, quickly followed by the truck.

Immediately after the incident, the truck driver got out, reportedly drunk, and had an argument with the victim and the police. The local police took both parties to the police station of Prey Sar administration to resolve. Later, the trucker agreed to take the victim’s motorcycle and pay $2,000 to the motorcyclist to end the story. MCPN 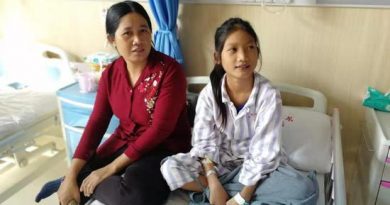 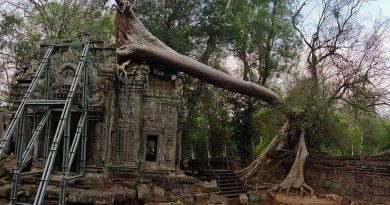 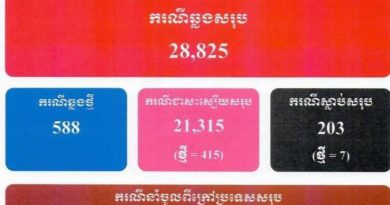