Philadelphia: Leaders in the South Philadelphia community are speaking out following a disturbing threat made to the Cambodian Association of Greater Philadelphia. People in attendance of a rally Friday acknowledged police taking swift action in this instance in finding the person allegedly responsible for writing that hateful letter and impersonating a veteran.

An anonymous letter writer, angry over fireworks being set off at Mifflin Square Park, was received at the Cambodian Association of Greater Philadelphia on Monday. It contained threats they say were ethnic intimidation.

Speakers at a rally Friday say that threat of gun violence was triggering to the Cambodian-American community in South Philly that have been discriminated against in their home country. Past traumas of displacement were reopened with that letter.

They contacted police, who got involved to support the fourth largest Cambodian population in the country.

Thursday night, police said their investigation revealed that they identified a 79-year-old woman who claimed to be the author of the letter.

“This strategically concocted and threatening letter has jeopardized the safety of our entire Cambodian community in the City of Philadelphia and all of the beautiful neighbors in this community — not just Cambodians, all the neighbors in this community. Our Cambodian community — our war refugees and survivors of genocide — and the event of this week has retriggered a population who actually suffers from traumas of war and PTSD, and brought upon pain and mental distress. The damage has been done,” CAGP Executive Director Saruan Chan said. CBS (VIDEO)

Police say a 79-year-old woman claims to be the author of the letter. Authorities will give an update on the investigation at 3 p.m. Friday. They also say many of the claims in the letter are untrue.

Chan declined to go into the specifics but said the writer targeted people of Cambodian descent who use nearby Mifflin Square Park.

“It involved killing and murdering community members, and we took the threat 100% seriously,” he said.

Philadelphia police say the author claimed to be a former military member, writing that fireworks set off by Cambodian residents in Mifflin Square Park are affecting their sleep.

The author wrote that if the fireworks did not stop, they would harm the residents using weapons they had available.

Through an investigation, police found the 79-year-old woman is not a former member of the military and doesn’t appear to have access to weapons.

The letter was so unsettling that for the time being Mifflin Square Park is not being used by CAGP’s summer camp. Philadelphia has the fourth-largest Cambodian population in the country, many of whom live and worship in South Philly.

“All along here, are multiple Cambodian businesses, so we are a predominant force in this community,” Chan said.

The association immediately called police and put out its own letter informing the families they serve about the threatening nature of the letter. The incident has community members on heightened alert, but Chan said it’s also a call to action against Anti-Asian hate.

“We’re distraught. But we’re not going to be silenced,” he said. “We want to make sure that we address this head-on and that we still amplify our visibility and our voice.”

Friday at 3 p.m. at Mifflin Square Park, the Cambodian Association of Greater Philadelphia will hold a news conference alongside other community groups, leaders and city agencies to update the community on the response to this incident.

Police say they have forwarded their findings to the District Attorney’s Office for review and possible charges. CBS (VIDEO) 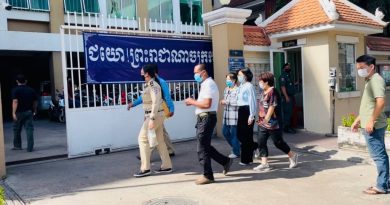 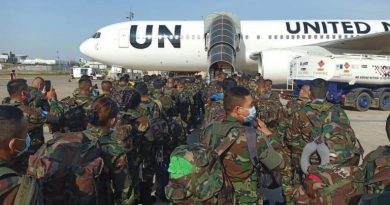 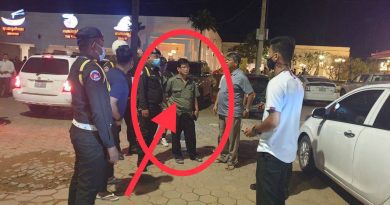