According to the local police, the body was named DAVID KARIM ANDREW NISBET, male, aged 41. He had been staying in Room 3, 1st floor, PRANDARA Guesthouse, located at 70B, Street 244, Village 3, Sangkat Chaktomuk, Khan Daun Penh.

On the body, there were cuts on both buttocks (17 stitches were sewn by the doctor) and the victim’s urine was positively tested for morphine (*it is not clear whether this was from before the incident or administered by medical staff).

According to the first witness, Chheang Channoeun, a 30-year-old female doctor at Khema Hospital, on the evening of June 28, 2021, PRANDARA called the hospital to pick up the victim after an accident at the guesthouse. An ambulance took the victim to the hospital and he was still alive, but he had a cut on both buttocks and a lot of bleeding, so the doctor gave him medicine. The victim was wounded and stitched, but the victim’s condition worsened until 10:30 pm on June 29, 2021, when the victim died.

According to the second witness, Phim Sophea, a 33-year-old man in charge of the guesthouse, said that the victim had been renting the room for a week. At 4 o’clock on June 28, 2021, his staff called to say that the victim had fallen in the bathroom.

The witness continued, “I arrived at the victim’s room and saw the victim lying on the tile floor inside the bathroom in front of the bathroom with a wound in the buttocks and the glass in the bathroom was broken and blood stains. I immediately called Khema Hospital. Shortly afterwards, an ambulance arrived and took the victim to the rescue, and only on the morning of June 30, 2021 did the hospital call to tell me that the victim was dead.

According to the explanation of the third witness – a Swiss male, staying in room 2 next to the victim’s room, at 3:30 pm on June 28, 2021, , there was a loud noise coming from the victim’s room. Shortly afterwards, he went down to tell the staff, who went up to see the victim had fallen in the bathroom, injured from broken glass. 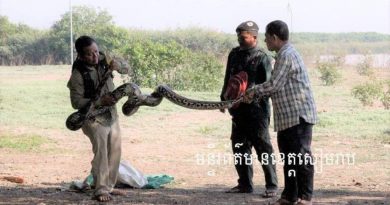 Giant Snake Released Into The Wild 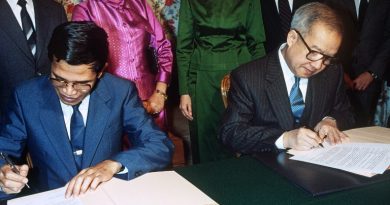