Phnom Penh: A Chinese woman wearing a short-sleeved black shirt and pink pants went to sleep in an ATM, to the surprise of the security guards and the authorities.

When the guards attempted to move her on, shouted and took off her clothes.

A security guard said that before the incident, he saw the unidentified Chinese woman and did not know that she had come from, but she was sleeping in an ATM on Street 1003 and attacked everyone in the area. Seeing this, he, as a security guard, forbade the Chinese woman from doing this again.

The security guard said that later, the woman walked around Aeon Market 2 and then returned. The woman was screaming and taking off her shirt, and when people tried to talk to her, she shouted and ran into the road attacking cars and motorcycles that were driving past. Finally, the authorities arrived and stopped her.

It is believed that the woman was under the influence of drugs, and the authorities also called a tricycle to take the woman to the Chinese Embassy to hand over to the staff to deal with. NKD

Illegal Thais Not Detained, But Quarantined After Casino Raid 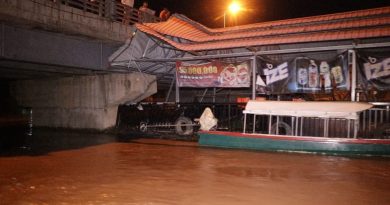 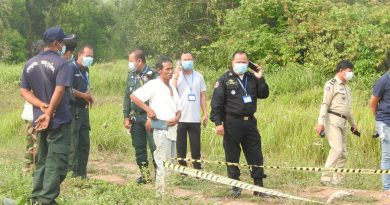