Tbong Khmum:   On the afternoon of June 11, 2021, the body of an unidentified woman was murdered was found in a suitcase floating on the banks of the Mekong River in Tbong Khmum district.

The discovery was made on the shore behind a mosque in the village of Prek Touch, Chi Roth I commune, Tbong Khmum district. The unidentified victim has a dark complexion, is between 30-50 years old and is 1.50 meters high.

The victim was stabbed and had her limbs amputated. The dismembered corpse was found inside a black SAMSONITE suitcase, along with a farmer’s cutting tool, a yellow short-sleeved shirt, gray shorts and two medical documents. The corpse was badly swollen and on the head and limbs there were signs of torture.

After conducting an autopsy on the body, the police officers concluded that it was a case of murder. The suspect(s) had killed the victim with a knife elsewhere, cut up and stuffed the body into a suitcase with the weapon, which was then thrown it to the river to dispose of the evidence. AREY

UPDATE: A man used a knife to cut his wife to death on Street 598, Village Dam, Sangkat Phnom Penh Thmey, Khan Sen Sok, Phnom Penh, on June 9, 2021. The body was dumped in the district Tbong Khmum, Tbong Khmum Province, and the man escaped to Samlot District, Battambang Province, where he was arrested by the police on the morning of June 12, 2012 This 2021.

Colonel Kheng Meng Chheang, director of the Bureau of Minor Offenses of the Criminal Police Department, said the operation was carried out by The Criminal Police Department, in cooperation with the Sen Sok District Police Inspectorate and the Battambang Provincial Police, arrested the suspect named Sean Hour. The 59-year-old was caught at the Nila Guesthouse in Chi Pang Village, Plou Meas Commune, Rattanak Mondul District, Battambang Province.

Colonel Kheng Meng Chheang confirmed that the suspect was currently taken to the Criminal Police Department for questioning and handed over to the Sen Sok District Police Inspectorate for further action.

On June 9, 2021 at house 54, street 598, Tumnup village, Sangkat Phnom Penh Thmey, Khan Sen Sok, Phnom Penh, a man used a knife and a chair to beat the victim to death Kong Wutty, also known as Ly, 57. He then cut up the corpse and threw it in a suitcase.

On June 11, 2021, a dead body was found floating in a suitcase at Riverside behind the mosque in Prek Touch village, Chiro 1 commune, Tbong Khmum district, Tbong Khmum province, 200 meters from the temple. 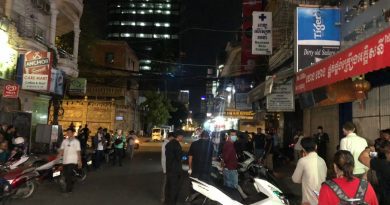 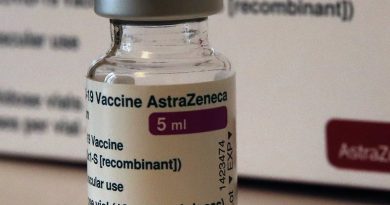 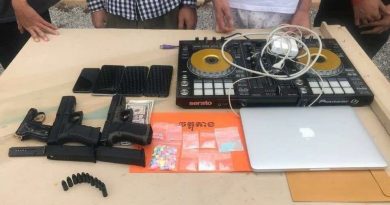