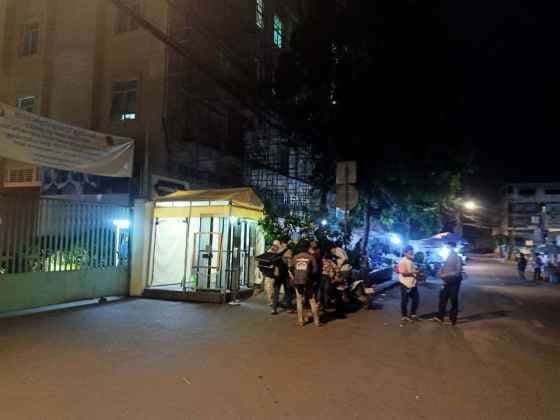 Phnom Penh: A group of suspects on several motorbikes chased a motorbike ridden by three young men and women, injured two of the young men, and fired a gunshot, while threatening to rob the motorbike. This occurred at 2:30 AM on June 7, 2021 in front of the entrance of Calmette Hospital on the north side of Street 80 in Srah Chak, Daun Penh, Phnom Penh.

According to sources from the people who witnessed the incident, before the incident, they saw an Audi car and a black motorcycle with no license plate, ridden by two young men and women traveling from east to west with the car in front. When they arrived at the scene, a group of 5 suspects appeared, riding on Honda Dreams, Honda Scoopy and a large XR motorcycle traveling from behind. The source added that the suspect, who was riding a big motorbike, stopped in front of the victim’s motorbike and pulled out his belt, hitting the victim, injuring two young men, and then fired a gun.

After the incident, the police chief of Srah Chak commune was seen checking and interrogate witnesses at the scene, and then brought a young man who was driving the car for questioning and to a complaint at the administrative police station in Srah Chak to aid the authorities in the search for the suspects in order to bring them to justice. PPR 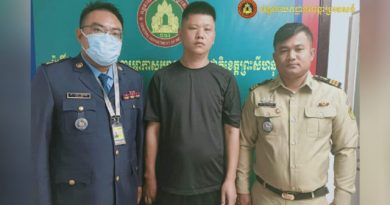 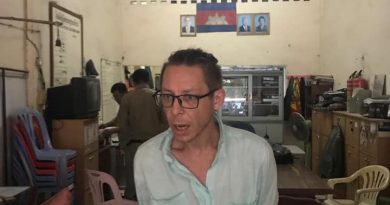 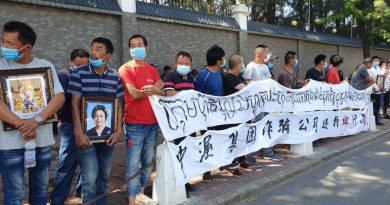