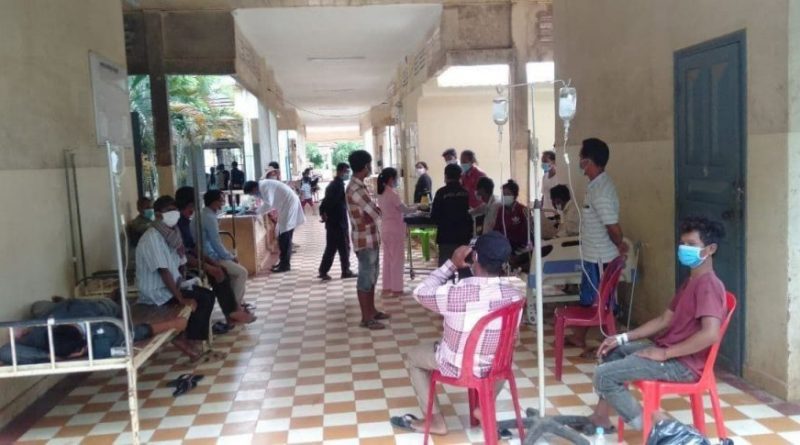 Kampot: Another case of suspected alcohol poisoning occurred in Thnong village, Russey commune, Kampong Trach district, Kampot province, resulting in a total of 9 deaths from May 21 to May 24, 2021. The deceased all ate together at a funeral.

Mr. Seng Sokun, Police Inspector of Kampong Trach District, confirmed that as of May 24, 2021, the suspected alcohol poisoning caused at least 9 deaths.

Mr. Aun Khon, Governor of Kampong Trach District, also said that themale and female victims from the 21st to the 24th of May 2021, there were 9 victims, the victims died on One person was killed and eight others were injured in the incident.

34 victims who drank alcohol and felt unwell, including 3 women, were sent to Kampong Trach District Referral Hospital for treatment.

Doctors at Kampong Trach District Referral Hospital said that upon receiving information that many villagers were sick at home and in clinics. On the morning of May 24, district health officials searched and sent 34 patients to the hospital. Unfortunately, a 40-year-old man later died.

Major General Mao Chanthurith, Kampot Provincial Police Commissioner, confirmed that the authorities and professional officers will continue to inspect wine shops to find the source of the poisoning. NKD

*Last week at least 12 died in Kandal after drinking rice wine containing methanol at a funeral.

UPDATE: According to AREY, a couple have been detained for questioning over the incident. 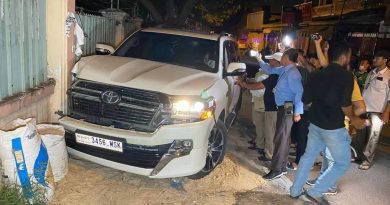 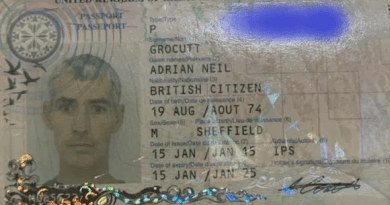