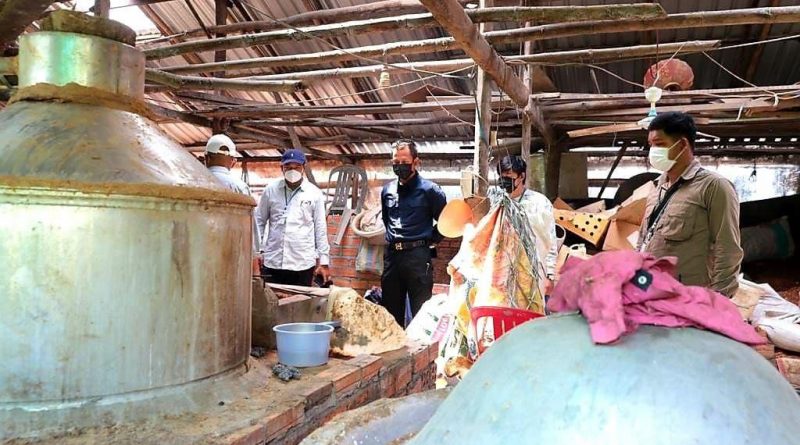 Kandal Province: A total of 12 people have died in Kandal and 5 others were hospitalized after drinking deadly rice wine. This was confirmed by Mr. Mon Sokhoeun, chief of Sarika Keo commune.

However, Mr. Mon Sokhoeun has not yet clarified the cause of the poisoning, because professional officers are conducting research with a forensic examination, and the full results are not yet known.

Separately, on May 19, 2021 gathered those who attended the funeral ceremony where the wine was consumed- 84 people in total- for medical check-ups, but due to their normal health, they were allowed to return home. The family of the deceased raised suspicions that the deaths were caused by the wine, for when they returned home, they had symptoms: temperatures, thirsts and stiff limbs for a day or two, then foaming at the mouth, suffocating and dying.

The same source said that some people have the same symptoms when taken to the district referral hospital 3-9 days after the funeral took place on the night of May 10, 2021.

Regarding this case, Mr. Kan Sokkay, Governor of Lvea Em District, on May 19, said that the test results of the 28 stalls selling wine were undergoing tests to find any alcohol containing toxic methanol. The winery, owned by Buson, is awaiting further investigation.

He added that today he summoned all 14 commune chiefs to an emergency meeting to make a plan to close the sale of wine in stalls and producers.

The district governor also called on people throughout Lvea Em district, especially those who have consumed wine purchased from Lvea Em district, to be very careful because these wines contain excess methanol, which can cause human poisoning and loss of life.

Huot Vantho, director of the Kandal Provincial Department of Industry and Handicrafts, claimed that the production of all kinds of wine in the area was “unlicensed.” In the past, he used to educate people who produce and sell wine to have the right technical standards, and not add methanol to their brews, but as a result, a mistake has resulted in the deaths people and the danger to others who drank his alcohol.

In addition, Mr. Kan Sokkay, Governor of Lvea Em District, stressed that the dead were mostly over the age of 50, most of whom are fishermen. The group is addicted to alcohol, often sneaking away and drinking quietly, while the authorities have often given advice on stopping the sale of alcohol- they have not cooperated with the authorities. NKD

UPDATE: AREY news reports that the chief wine maker has escaped, and 9 others are being questioned over the case 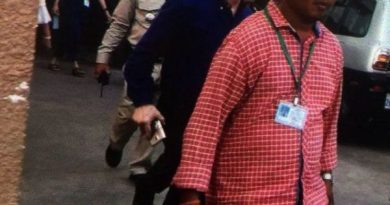 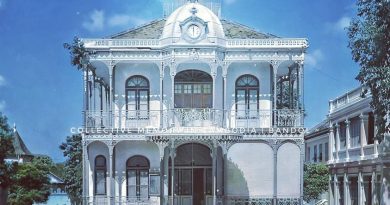 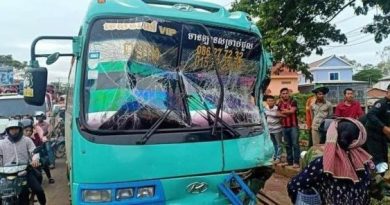 One thought on “Rice Wine Batch Kills 12 In Kandal”