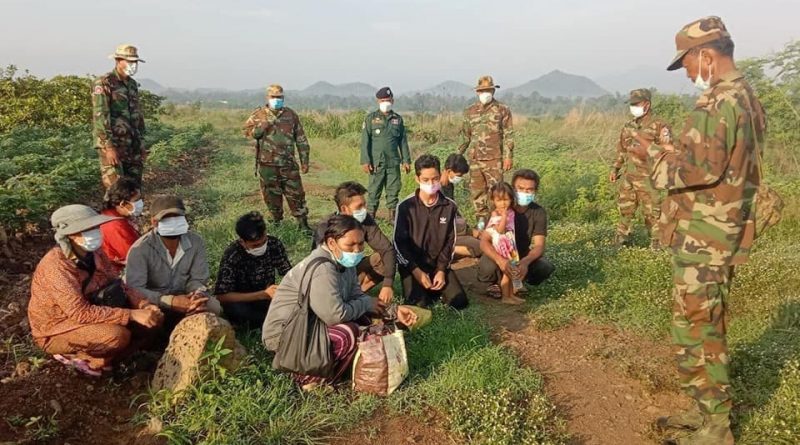 Phnom Penh: Two brokers, a couple who were active in bringing illegal migrant workers, were arrested by the army.

The arrests took place on May 4, 2021, as they were transporting 10 migrant workers to Thailand, including five males, four females and one child, at the border near Bei O’Anlok village, Ta Sen commune, Kamrieng district, Battambang province.

Lt. Rendin, Deputy Commander of the 3rd Squadron, 533rd Battalion, 53rd Infantry Brigade, reported that, in accordance with his commander’s orders, he led patrols 24 hours a day, 24 hours a day with the Land Border Police No. 819 and Kamrieng District Military Force to prevent illegal migrant workers and prevent the spread of COVID-19 in the community.

At 7:00 AM on May 4, 2021, while he was leading the patrol force, he met two brokers intending to bring migrant workers across the border into Thailand. They were arrested and sent to the Kamrieng District Police Inspectorate for legal action.

2. Sao Thi, a 30-year-old man with an unspecified address, is currently being held for questioning at the Kamrieng District Police Inspectorate.

The 10 migrant workers have been sent to quarantine for 14 days in Kamrieng District. KBN 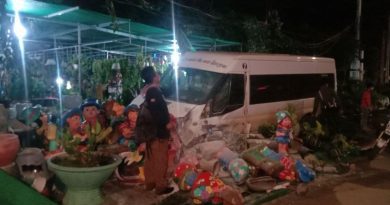