Most will remember the story of Kaavan– dubbed ‘the world’s loneliest elephant’ and the efforts to bring him from Pakistan to a new home in Cambodia. A new TV documentary is about to air internationally following that journey.

Smithsonian Channel follows the one and only Cher as she races to Pakistan to help save the “world’s loneliest elephant,” Kaavan. The global superstar lends the power of her celebrity and her enormous drive to a cause that grew out of a global social media campaign, backed by expert wildlife veterinarians, animal aid groups and sanctuary owners. To succeed, the group would have to overcome a series of daunting challenges to move a four-ton elephant more than 2,300 miles in the midst of a global pandemic. Beginning on Earth Day, Thursday, April 22, this emotional journey unfolds with the world premiere of Cher & The Loneliest Elephant, which launches on Paramount+ in the US, in addition to its linear premiere on Smithsonian Channel in the UK, Latin America and Brazil. The US Smithsonian Channel linear premiere is scheduled on Wednesday, May 19th at 8pm ET/PT.”

CNE caught up with local filmmakers Piseth Tha and Johnny McCune from Studio4 Productions, who were involved in the production of the movie, and ask them a few question about the project- and others to follow.

Can you tell us a little bit about your background Johnny?
Johnny- I worked in the UK for all major broadcasters before getting involved in SEA productions over 10 years ago.  I moved to PP about 5 years ago to work with CTN on MasterChef Khmer.  Since then I have worked for SKY News SEA and the BBC – covering stories for the UK broadcasters.  I then met Piseth Tha from Studio4 Productions and now work with him finding international productions to be filmed in Cambodia for a Western reach.

How did you first become involved in the Kaavan story?
Johnny- I’d read a story in the British Press and as my nephew, who is a famous musician, shares the same agent as Cher so I gave them a call and they, in turn, put me onto the British company Nutshell TV who were making it for the Simthsonian Channel.  I explained I lived in Cambodia and would love to work on the project with Piseth Tha and Studio4 Productions and they said YES PLEASE!

The story struck a chord with animal lovers around the world, what made Kaavan’s case so special- thinking of another example of Bua Noi, the last gorilla in Thailand, still locked in Pata zoo?
Johnny- The Free Kaavan campaign/movement had already garnered much awareness on social media even before Cher was lobbied and got involved herself.   She is an animal advocate and has her own foundation Free The Wild and, strangely has started lobbying to get Bua Noi set free too.  We hope to document his journey too.

Cambodia has faced criticism for the loss of habitat and extinction of big animals such as tigers, with several more facing an uncertain future. Do you think this story might change attitudes here, or was it a publicity stunt?
Johnny-I think any education is so valuable so if it raises awareness on animal welfare it is only a good thing.  I can tell you it was definitely not a publicity stunt!

What message are you trying to get across in the film?
Johnny- Animal conservation was the main message.  There are many other animals that need rescuing and rehoming but Kaavan became a global poster boy to get this message across.

You met Cher? Tell us more….
Johnny- She was totally lovely, very witty and funny and incredibly professional.  We filmed some very long days in the beating heat and she never complained.  She was a pleasure to have worked with and I hope we will again if we can help with Bua Noi.

Any new projects in the pipeline?
Johnny- Together with Piseth Tha and Studio 4 Productions we are working on International projects to promote Cambodia to a worldwide audience.  We are already a long way developing a production to bring the world famous British Ballerina, Dame Darcey Bussell here to explore Khmer traditional and contemporary dance.

How about Piseth, anything you would like to add?
I am Piseth Tha, Founder/Director at Studio4 Productions  – As Cher wanted to work with local teams, Studio4 Productions from Phnom Penh took on the Cambodia leg of the documentary. We are very pleased to work with the Oscar award winning actress, Cher on the documentary film. I believe this is a beautiful image of Cambodia, a good opportunity for Cambodia to expose to the world and to attract more tourists after the pandemic.
It is going to be massive for Cambodia. I’d like to thank everyone who was involved in this project, especially the Cambodian Wildlife Sanctuary for facilitating the filming at the sanctuary.
Studio4 is a collective of professional media practitioners created in mid 2014 amidst the booming film-video industry in Cambodia. Despite its recent birth, the strength of Studio4 lies in its core members. The team is made up of professionals with both academic and practical experiences encompassing skills such as film and documentary productions, TV series, commercial spots, online contents and production management.
Studio4 aims to use its diversified skill sets and open-minded culture to promote quality media production and services in Cambodia.
Learn more about us by visiting our website link
CONTACT Phone: +855-17534635 E-mail: [email protected] Website: www.studio4kh.com 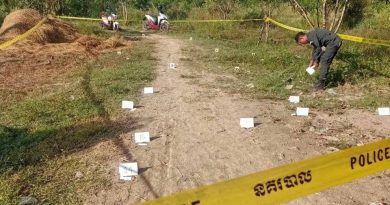 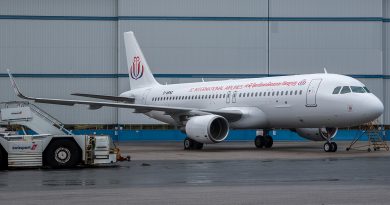 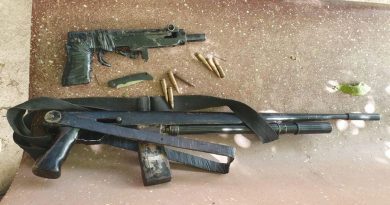