Kandal: Police in Leuk Dek District arrested two Chinese nationals and a Cambodian national following a car accident after discovering that they had crossed the border illegally.

According to the report of Leuk Dek District Police, on March 24, 2021, at 3:30, at the intersection of National Road No. 1 in Ampil Teuk Village, Kampong Phnom Commune, Leuk Dek District, Kandal Province, three people were arrested. Two were Chinese and one was Cambodian driver. The car was also seized.

On the afternoon of March 24, 2021, at 15:30, there was a traffic accident in which cars collided when traveling in the same direction from Neak Leung to Phnom Penh on National Road No. 1 between km 58-59 in Ampil Teuk village, commune. Kampong Phnom, Leuk Dek district, Kandal province. No one was injured.

At that time, the force inspected the scene and found the vehicles carrying foreigners, including:
– 2 cars carrying 13 Vietnamese (11 women) and 1 car with 2 Chinese nationals traveling from Bavet City, Svay Rieng Province to Phnom Penh. Forces called the foreigners in to interrogate and check the documents and found that the Vietnamese nationals had passports stamped in Cambodia on 10.03.2021 and documents confirming the location of quarantine in the Bavet border area. They were allowed to continue their journey to Phnom Penh.

Separately, two Chinese nationals without a passport/visa and the driver of the car were detained at the inspectorate to prepare professional documents and sent to the provincial procedural office to follow the procedure according to the law.

The Lexus is temporarily stored at the Leuk Dek District Police Inspectorate. KBN 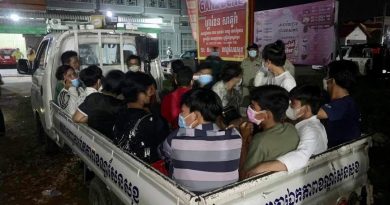 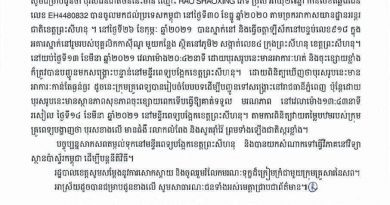 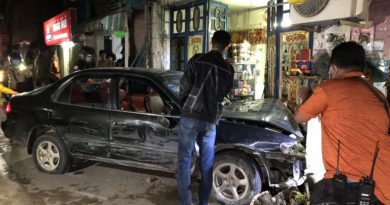