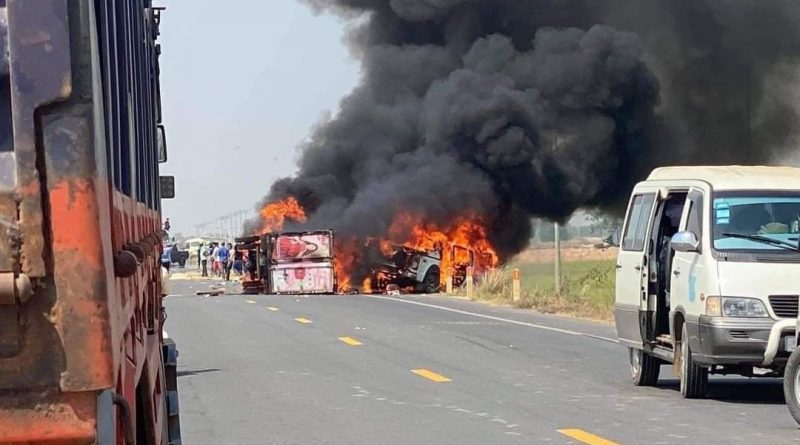 Prey Veng Province: A serious traffic accident occurred on the afternoon of February 25, 2021, involving three vehicles (*looks like a pick-up and two trucks), causing two to explode. Three people were seriously injured in the incident near Prey Veng city.

The Prey Veng City Police Inspector said that before the incident, one vehicle violated the priority (*sounds like overtaking without care), causing a head-on collision. What appears to be a truck transporting soil also overturned. Two vehicles then burst into flames. Three people were injured, two with broken legs, but no fatalities were reported.

The inspector confirmed that after the incident, the authorities intervened to put out the fire. The victims were sent to the hospital for emergency treatment. After that, the three vehicles were taken into storage. KBN 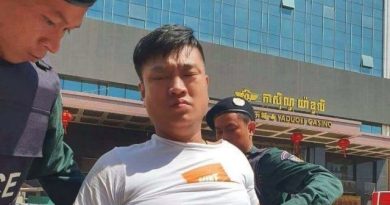 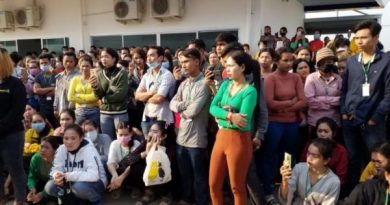 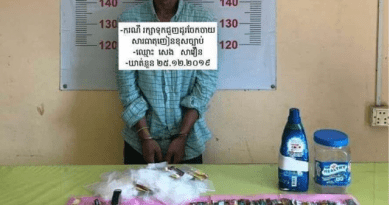