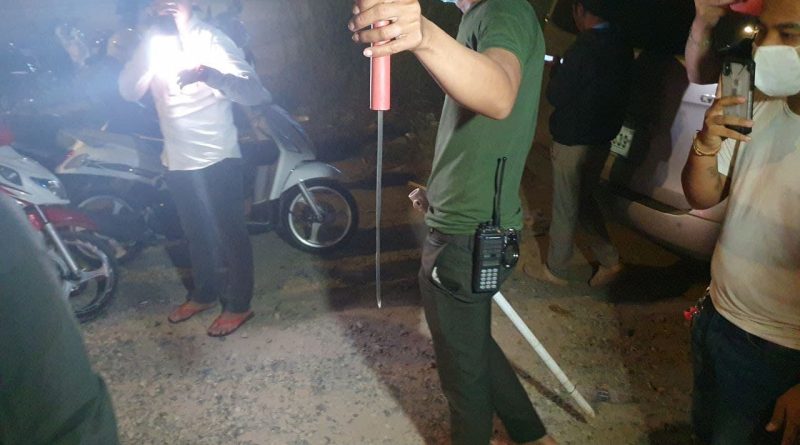 Phnom Penh: Some men were drinking at a house when six assailants appeared on a motorbike and stopped in front of their house The drinkers shouted at the men, who rode away and came back armed with a samurai style sword and a knife. They attacked the drinkers and got on a motorbike and escaped into a construction site, hiding in it. Authorities in Chroy Changvar district, in cooperation with the Phnom Penh Military Police, immediately searched the area and arrested three men.

Tu, male, 20 years old, a construction worker from Prey Veng province died after the attack. Chet Chan, a 25-year-old male, a was injured, along with another man who has not been identified.

According to a witness, before the incident, he saw the group of victims drinking together with relatives at home before 6 men appeared on two motorcycles armed with knives and swords, killing one and seriously injuring two. The injured are being treated at Calmette Hospital.

After the incident, the local authorities came down to the house immediately and contacted the Phnom Penh Municipal Commissioner to inspect the scene. The body was handed over to the family for a traditional ceremony. Separately, the authorities of Chroy Changva district cooperated with the Phnom Penh Military Police to search the area, and arrested 3 suspects. PPR

Captured evidence:
– A black Honda C125 motorcycle without a license plate.
Black Honda motorcycle with license plate Phnom Penh 1BW.5444.
One sword and two mobile phones.
Currently, the suspect and the exhibits have been sent to the Criminal Investigation Office of the Phnom Penh Municipal Police. Four others are now wanted by police:
1 /Ra, male.
2 / Abang, male.
3 / Rith, male.
4 / Krem, male.
The four suspects are currently being sought for arrest. POST NEWS 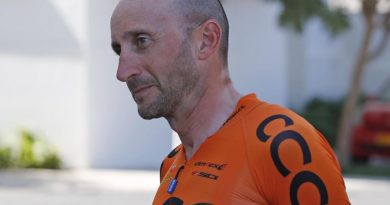 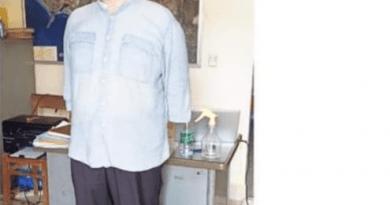 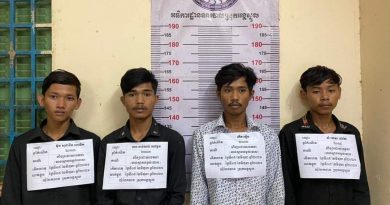 4 Out Of 10 Youths Arrested After Fatal Moto Gang Attack