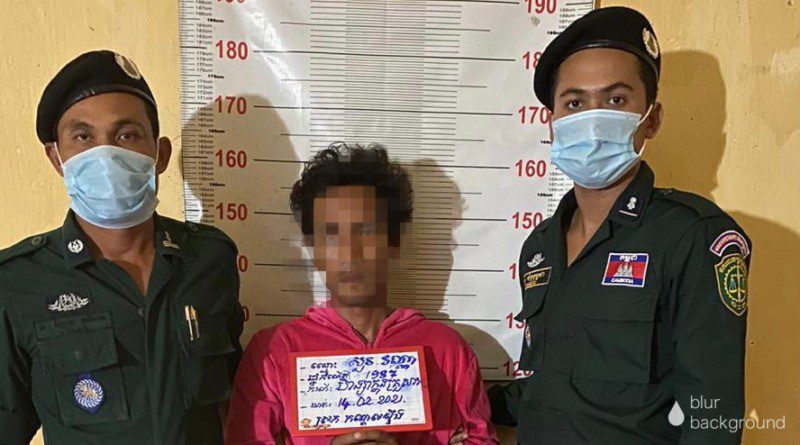 Kandal: On 14th of February, 2021 at 3:10 p.m, there was a case of domestic violence in Makak village, Doeum Rus commune, Kandal Steung district, Kandal province.

Police seized a full bottle of gasoline, and an empty bottle.

In the past, the suspect used to drink alcohol and has abused the the victim many times.

On the day of the incident, the victim was sleeping in a hammock under her mother’s house near her house. The suspect then walkedpast and disappeared for a while. He walked back home with two bottles of gasoline in his hand. He collected clothes of the victim and took the to the backyard to burn. The victim ran to get the clothes from him, and they immediately started arguing with each other.

The husband poured gasoline on the victim’s head and clothes and tried to set her on fire. The victim was rescued by neighbors and the suspect fled. Upon receiving the information, the police immediately arrived at the scene, caught the man and took him to the police station in Kandal Stung district to follow the legal procedure. POST NEWS 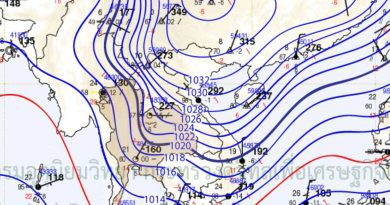 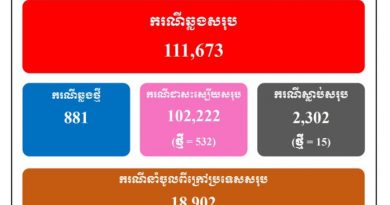