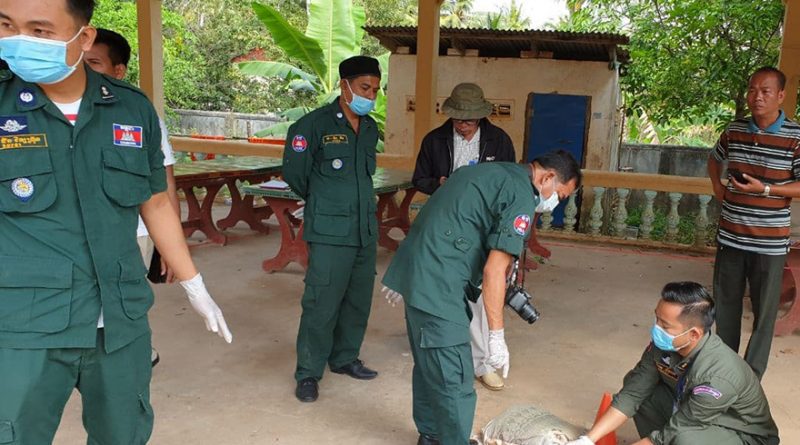 Kampot Province: According to reports, a dead man was dropped by an unidentified person at Wat Kiri Bopha Rompeun, causing a surprise on the morning of February 14, 2021 in Sdech Kong Khang Lech commune, Banteay Meas district, Kampot province.

According to the report, a monk in the pagoda came out to water the flowers and suddenly found the body. Meanwhile, Kampot Provincial Police and Banteay Meas District Police, including the District Gendarmerie, inspected the body dropped off at a stone pavilion in Wat Kiri Bopha Rompeun.

According to the victim’s father, the couple had been arguing several times. The two of them did not live together, but rented a house in Prey Taprit village, Sdech Kong Khang commune, Banteay Meas district. When she found out that her husband had lost her life, she came, but did not appear too upset.

According to someone who claims to be the victim’s brother-in-law, at 1 o’clock in the morning of February 14, someone called to say that Samnang had lost his life and that his body had been left at the pagoda. Since hearing the news, no one has slept, and in the morning did they went to Wat Rompeun to see the corpse, but were told police had taken it away.

Colonel Sok Sakan, director of the Kampot Provincial Office of Technology and Science, said that according to the forensic examination, the victim’s body was found to have three different head injuries and injuries to the neck and was tied in a hammock.

Lt. Col. Sok Sakan said that a hammock was tied to the neck, and could be a murder case, and police called the victim’s wife for further questioning, along with other people who may have been Involved.

Police are currently investigating and the body was taken by relatives to a traditional ceremony in Trapeang Treng village, Khvav commune, Samrong district, Takeo province. KOHSANTEPHEAP 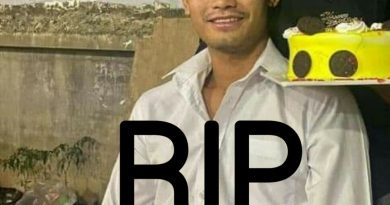 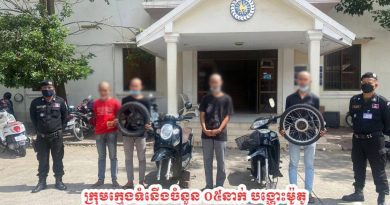 Sons Of Anarchy! Teen Stuntmen Get A Shave & Warning 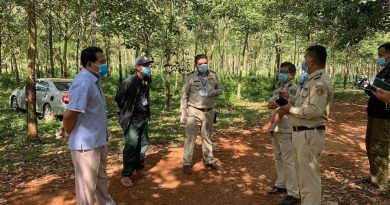 One thought on “Police Investigating Body Dumped At Kampot Pagoda”