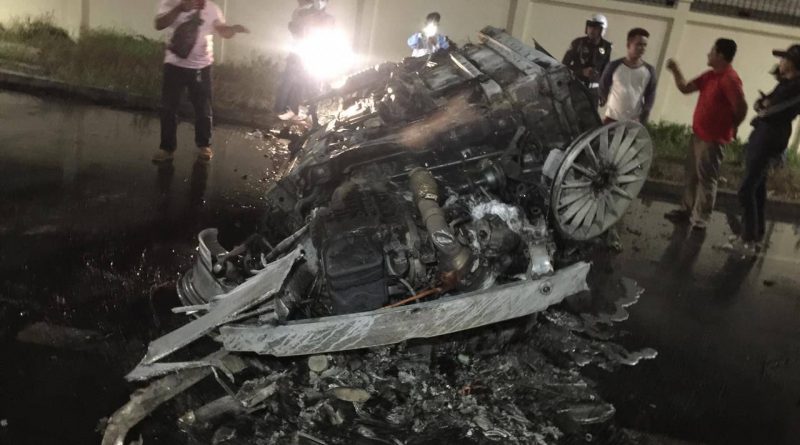 Phnom Penh: A 6 men and women were in a car driving at high speeds when it lost control and hit a concrete divider, causing the car to turn upside down, dragged along the road for several meters and exploded. No one was injured by the shocking incident that took place at 1:20 AM on Sunday, February 14, 2021 in Srah Chak, Khan Daun Penh, Phnom Penh.

According to a security guard, before the incident, he saw a luxury car Mercedes, driven by a man traveling with about 5 men and women traveling at ‘flying speed’. When the car came to a curve, it hit the divider and overturned. The people got out of the car and no one was injured before the car was engulfed in flames.

The local police arrived at the scene and called for a fire truck to intervene, but the car was completely burned out.

The traffic police of Phnom Penh came down to pick remains of the car and store to wait for the procedure. NKD 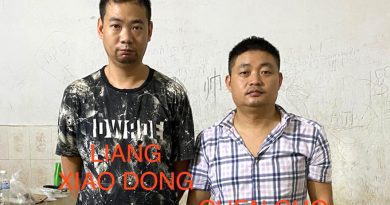 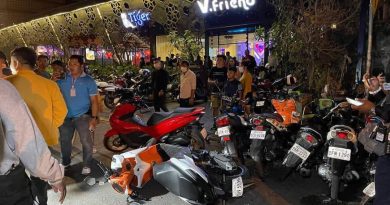 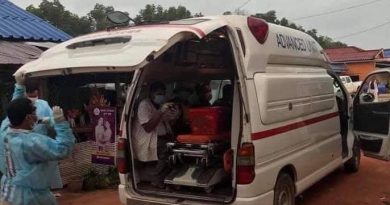 One thought on “Mercedes Hits Divider, Flips, Turns Into Fireball”