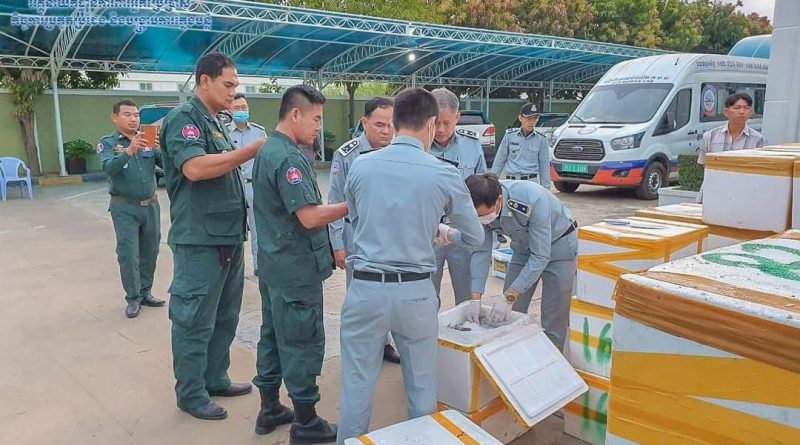 Phnom Penh: Officials of the General Department of Consumer Protection, Competition and Anti-Fraud of the Ministry of Commerce in collaboration with the Phnom Penh Municipal Police on February 10, 2021, and launched an operation to crack down on the import of shrimp.

The seafood is injected with extra jelly to increase the weight, which is detrimental to health. More than 1 ton of the shrimps were discovered being transported by two vehicles.

The operation took place at midnight on February 10, 2021. Authorities confirmed that the two vehicles were intercepted along National Road 3, and the goods were taken for analysis at the laboratory department. As a result, professional officers CCF found 56 cases of frozen shrimp contaminated with the jelly, equal to 1008 kg.

According to preliminary claims from the drivers of the two vehicles, a total of 650 cases; including shrimp, cashew nuts and crabs on the two trucks, were sourced through the Prek Chak International Gate and were undocumented. The vehicles and the exhibits were kept by the General Department for further legal proceedings. KBN

*On February 7, over 6 tons of shrimp were also seized along Road 3. 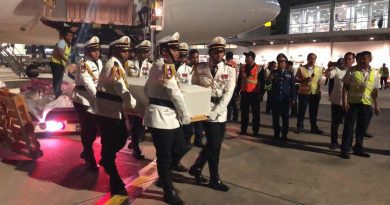 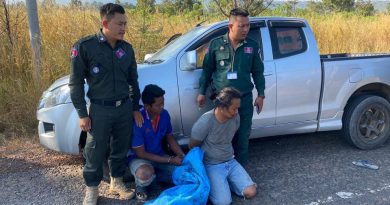 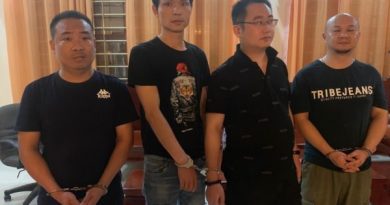