Phnom Penh: A woman drove a car at high speed across a four road intersection, did not slow down and hit a Smash motorbike, injuring a man. The car did not slow down, lost control and hit houses, causing serious damage.

According to sources at the scene, prior to the incident, a man riding a black and red Smash Revo motorcycle with license plate Phnom Penh 1AM-4205 was traveling along Street 310, when a white Prius car with license plate Phnom Penh 2AV-0108, driven by a young woman, was traveling along Street 143 at high speed. The vehicles collided and the car continued to hit buildings.

After the incident, the local authorities went down to the scene and contacted the experts to measure the car and store it waiting to be resolved according to the law. (*No mention of driver). NKD 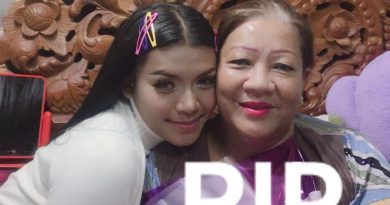 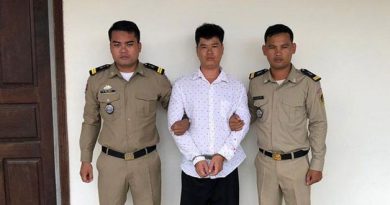 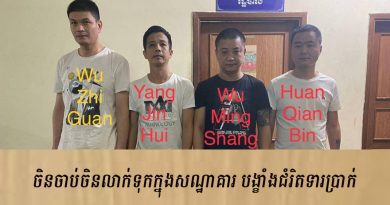