A SUPERMARKET worker who is still suffering from Covid-19 10 months after catching it is warning people of the long-term effects of the virus.

Sokphal Din, from Popley, believes he caught Covid-19 in April last year after coming down with a nasty cough and temperature.

He visited the Covid assessment centre which was operating in the car park of Russell Howard Park at the time and was advised to go home and isolate.

Testing was not widely available at the time and he did not receive a test but was told he likely had caught Covid.

The 63-year-old, who came to Basingstoke after fleeing his home country of Cambodia during the genocide in 1975, said he was off work sick from his job at Sainsbury’s supermarket in Kempshott for a month.

Now, 10 months later, the author who was awarded a British Empire Medal for his services to Holocaust Education, said he is still suffering from ill health.

“At the time I had it I was tired; my chest was tight, and I felt very unwell. I was so tired I couldn’t walk or talk, and I couldn’t stand up,” he explained.

Sokphal returned to work after a month but became unwell on the shop floor while serving a customer.

“It was about 5pm and my shift was 12pm to 8.30pm. I was serving a customer and I suddenly felt dizzy and nauseas. My heart was going really fast then I had to put my head down and couldn’t move. I told the customer I felt unwell and I pressed the button to call a supervisor and the manager came and stood by me. I thought ‘I’m going to die’,” said Sokphal.

He added: “I felt so sick and if I turned my head, I felt so dizzy I thought I was having a stroke. I couldn’t move and my whole face and body was sweating.”

Sokphal was taken to the emergency department at Basingstoke hospital, but doctors could find nothing wrong with him and he tested negative for Covid-19.

He said he has been feeling unwell since April last year, and believes it is down to the long-term effects of Covid.

“I’m a fighter,” said Sokphal, who lost nearly 60 members of his family in the Cambodian genocide, “I never moan I’m still going to work. But this has really hit me and I’m so tired. All the people who have suffered with Covid it is a really horrible illness I can’t describe it. I have never experienced anything like this.

“Normally I would be so full of joy when I get up in the morning. Now, I don’t want to get out of bed. I feel so lazy. If I die, I die. That’s how I feel. I feel so depressed.”

Despite his ill-health, Sokphal has still been dedicating his spare time to talking about his experience during the Cambodian genocide, speaking at Holocaust Memorial Day events virtually across the country including Basingstoke, Croydon, Kingston and Northern Ireland.

He has also published a book about his experience called The Killing Fields of Cambodia, which is for sale on Amazon. 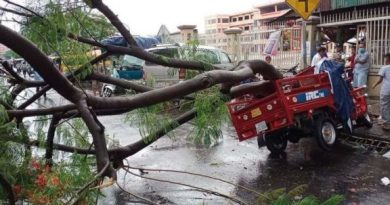 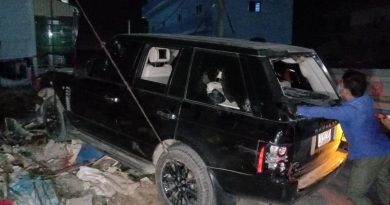