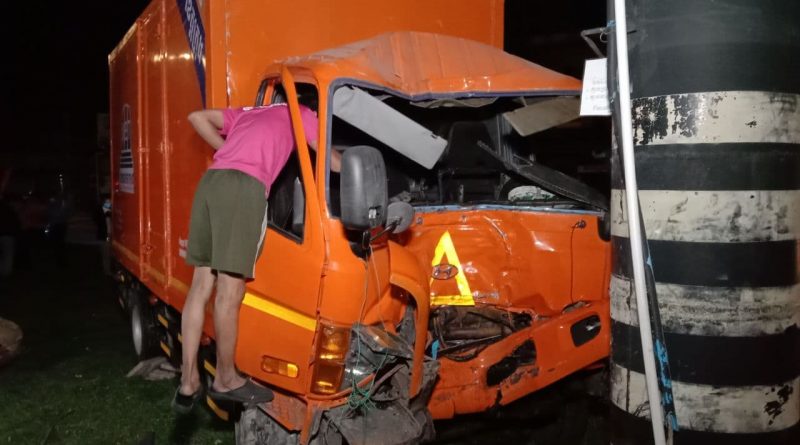 Phnom Penh: A delivery van driving at high speed swerved to avoid a motorcycle and crashed into a billboard, causing two people serious and minor injuries. The incident occurred at 3:30 a.m. on January 30, 2021, along National Road 6A in Sangkat Chroy Changva, Khan Chroy Changva, Phnom Penh.

According to witnesses at the scene, before the incident, an orange Virak Buntham vehicle with license plate Phnom Penh 3-F 5773, driven by a man with a passenger, was traveling along National Road No. 6A in the direction from north to south at high speed. When arriving at the scene, the van swerved to avoid a motorcycle, left the road and went up onto the grass and hit the pole of a billboard sign.

The lucky passenger jumped out of the car on time, but the driver was trapped, and later freed from the cab. PPR

*VET- the bus company’s logistics wing seems to be running at one crash a month- November on Road 4, and December on Russian Federation 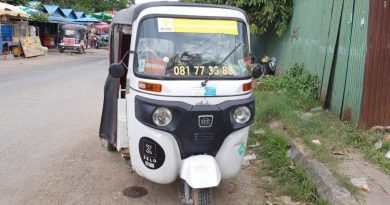 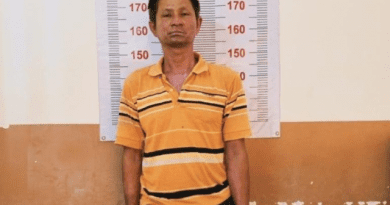 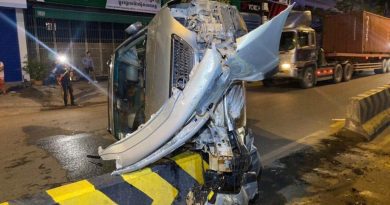 One thought on “Driver Freed After Virak Buntham Van Crash”