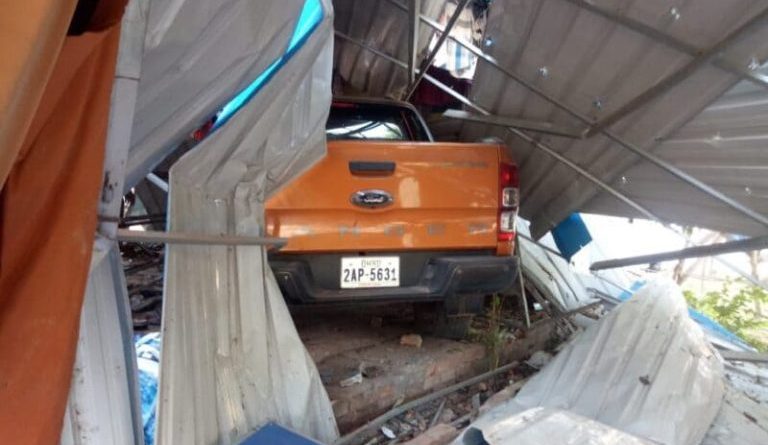 Siem Reap Province: A car driven by a drunk driver crashed into property at 8:30 on January 27, 2021 at the intersection of National Road 265F in Trapeang Tim village, Prasat Bakong district, Siem Reap province.

A Ford Ranger with license plate Phnom Penh 2AP 6521 crashed into two clothing stalls.  The driver escaped after the incident.

The accident was caused by the Ranger driving west to east. He swerved into two clothing stalls and fled, leaving the Ford at the scene. The driver of the car was identified as Pov, a 37-year-old man from O village, Kandek commune, Prasat Bakong district, Siem Reap province. The owner of the first clothing stall, Nobora, a 24-year-old man living in the upper commune, was not injured. The owner of the second stall was Sin Kean, male, 41 years old, who died after he was sent to Siem Reap Referral Hospital, his wife Thorn Ratha, 36 years old, seriously injured, as was their daughter, aged 9 years old.

The authorities confirmed that the car was driving too fast. Traffic police arrived and measured the scene. The car was taken to the police station in Prasat Bakong district to wait for a solution. The mother and a seriously injured child, are being treated at the Siem Reap Provincial Referral Hospital. AREY 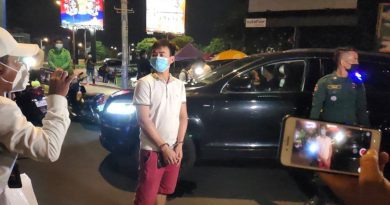 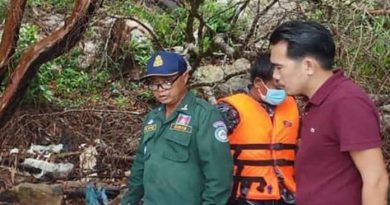