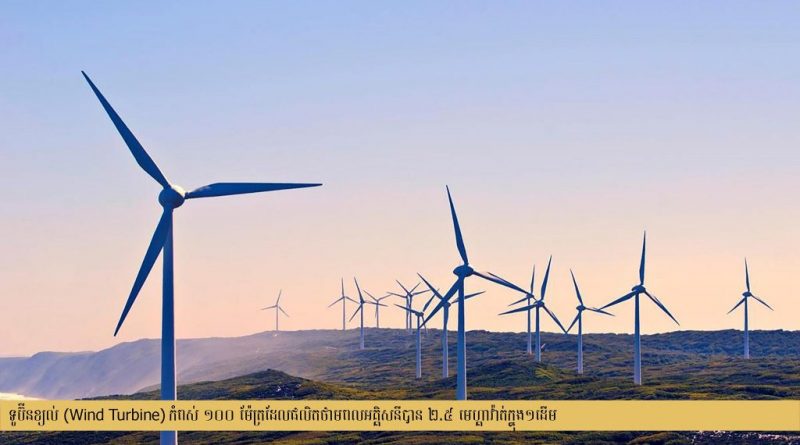 Mondulkiri: The Maritime Group, and Xinglan Group, a major investor in the energy sector Renewable Energy in China joins forces to form XINGLAN MARITIME ENERGY CO., LTD. which plans to invest in wind power in Cambodia.

After obtaining permission from the Ministry of Mines and Energy on May 7, 2019, Sing Lan Marie Energy Energy Co., Ltd. began a study into a 100 MW wind power project in Mondulkiri. A joint technical team consisting of experts from China also worked closely with relevant local institutions in the province to work on technical standards, research documents and identify potential locations via satellite and real-time GPS tracking in Sen Monorom and Oreang districts in Mondulkiri province to ensure that this investment project is implemented successfully.

After determining the preliminary data, the company has installed two 100 meter high (Test Mast Towers) at two strategic locations in Laoka village, Sokdum commune, Sen Monorom city and another in the village of Pou Chhop, Dak Dam commune, Oreang district, to measure the wind speed at the maximum height throughout the year and to make sure that the wind force at 100m high can turn fan blades from 70m to 80m high with a speed of at least 5 meters per second.

To generate 100 megawatts (100MW) of wind power, the company plans to invest a total of $200 million USand install 40 wind turbines, each of which can generate 2500 kW of electricity. If approved, it will take 1.5 to 2 years to install wind turbines, build power storage and distribution stations and build infrastructure to connect electricity from this station to other substations in Mondulkiri.

After receiving the complete and accurate data and completing the detailed report on technical and financial aspects (Feasibility Study), the senior management and technicians of Singlan Maritham Energy Co., Ltd. will work with the Ministry of Mines and Energy on the relevant factors and practical findings in each location, especially the scientific, technical and financial feasibility of the company in the project.

The company is still waiting for the results of the electricity price negotiations with the relevant authorities and the official decision of the Royal Government before starting to implement its plans. The company believes that Mondulkiri province, which is rich in natural beauty resorts, will further increase the potential to attract national and international tourists to enjoy the weekends and festive occasions at the new wind turbine location. Mondulkiri will also have a local airport in the near future. 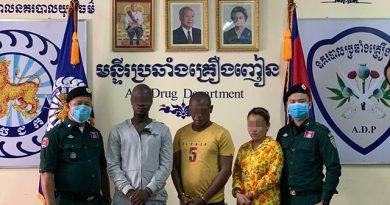 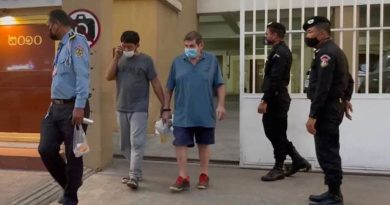